From Guild Wars Wiki
< User:Khomet
Jump to navigationJump to search

I'm calling this team Kway in the tradition of Racway, Sabway, etc. I vanquished everywhere with a team similar to Racway but found it wanting in a few areas, specifically AoE damage to wipe out mobs quickly. Paragons do not have any form of AoE damage so I found ways to provide it in the form of Splinter Weapon and Volley. I also wanted to have spirits or minions as I have found them to be very helpful in drawing enemy fire. This team gives good dps, constant AoE damage, damage resistance, interrupts, crits, burning, weakness, deep wound, and extra adrenaline for all. All attackers have permanent IAS. The volley paragons should have a Sundering or Vampiric Shortbow of Fortitude with 15>50 inscription, the ritualist should have a Hale Staff of Enchanting (+30 health, +20% enchantments, +5 energy) if running the SoS/Orders variant, otherwise any channeling or illusion staff will do. Centurion or Survivor insignias preferred for the paragons, shaman's or survivor or radiant insignia for the ritualist.

Thanks to MasterSasori, Daesu, HigherMinion and Smarty from Guild Wars Guru for help in optimizing the team against areas with many hexes and conditions. Mobs of Mandragors and Horai Wingshielder's group in Dalada Uplands were useful for testing.

Choose one of the following or create your own.

"Guardian" features instant usage of Save Yourselves, even outside of combat. "Furious Angel" does more damage and uses They're On Fire.

Although the team build is designed for a paragon player other physical attackers will work almost as well. If possible bring Save Yourselves and skills that will help to charge it quickly; the paragons will help your adrenaline with Anthem of Fury and the Rt/N will help with Mark of Fury. W/P or R/W are probably ideal for this role because they can bring Save Yourselves while attacking at range. If you are playing Ritualist or Necromancer you can replace the Orders/Splinter hero. If you are playing Elementalist then it makes sense to bring even more sources of Burning and modify one of the paragons to use They're On Fire for imbagon-like damage reduction. If you are playing Mesmer a Fevered Dreams and Fragility build would add both damage and mass daze as well as spreading the other conditions around. If you are playing something else then modify the build as required; the team does fairly heavy physical damage and has a lot of condition spam so try to take advantage of this.

These paragons deliver AoE damage with Volley which also serves to build adrenaline quickly. Anthem of Fury boosts adrenaline gain for the entire team and Song of Purification removes two conditions on each party member with every use with only 5 motivation. If you do not need extra hex removal set one of your paragons to run the Anthem of Fury build and set the other one to run the Song of Purification build. Use Burning Refrain on all attackers when you enter a zone; the paragon with Anthem of Flame will maintain all of the refrains forever. Variants: exchange Keen Arrow for Distracting Shot or Crossfire or Called Shot, depending on the area.

The Hex Eater paragon has mass hex removal and delivers damage with spear attacks. This works very well in hex-heavy areas, as the hex eater paragon can clean hexes off of herself as well as others. The Fevered Dreams variant will be delivering mass daze, deep wound, burning, and weakness as well as damage whenever those conditions are applied.

Delivers armor ignoring damage to the team with Order of Pain, Splinter Weapon, and spirits. The mesmer variant has Wandering Eye and Signet of Clumsiness for damage and AoE knockdown. Note: Strip Enchantment replaced with Mark of Fury due to the 2010-12-09 skill update; use Gaze of Contempt in this slot if you need it. Use Mirror of Disenchantment on the Rt/Me if you need it.

Why are paragons using bows?[edit]

This idea was born of a desire to gain multi-attack capability, hitting the same target multiple times or hitting multiple targets with one attack. This increases the paragon's adrenaline gain and damage per second and it has a multiplicative effect with other damage boosters. Ranged weapons are preferred since all ranged attackers will stay within Ebon Battle Standard of Honor, thus increasing damage. In addition ranged attackers are not affected by kiting, crippling, snaring hexes, etc. so it comes down to a choice between bows and spears. On a P/R with a shortbow and aggressive refrain up, he will attack once every 1.5 seconds, whereas the spear wielder attacks once every 1.1 seconds. In 6 seconds the spear wielder attacks 5 times, gaining 5 adrenaline. The bow wielder attacks 4 times in 6 seconds, gaining 4 adrenaline. Not much of a difference. If he uses Volley three times (recharge:2s) and hits more than one target, he can potentially gain up to 12 adrenaline, and he will also have time for an additional bow attack... so in the same 6 seconds, the bow wielder can gain 4 adrenaline (worst case) and up to 13 adrenaline (best case) in the same amount of time the spear wielder gains 5. Also note that the volley paragon only needs to hit 1 additional target during the whole 6 seconds to equal the spear wielder, and he will exceed the spear wielder if he can hit more than that. The spear can never deliver multiple hits and spear damage suffers greatly because other weapons are able to take better advantage of Splinter Weapon, Orders, EBSoH, Mark of Pain, etc. As shown in the table below, the bow wielder will be slightly worse than the spear if conditions are poor, but more than 2.5 times better if conditions are perfect. Single targets are not much of a threat so I chose to optimize for multiple targets.

Tahnnakai Temple mission in hardmode with some guildmates. No consumables. 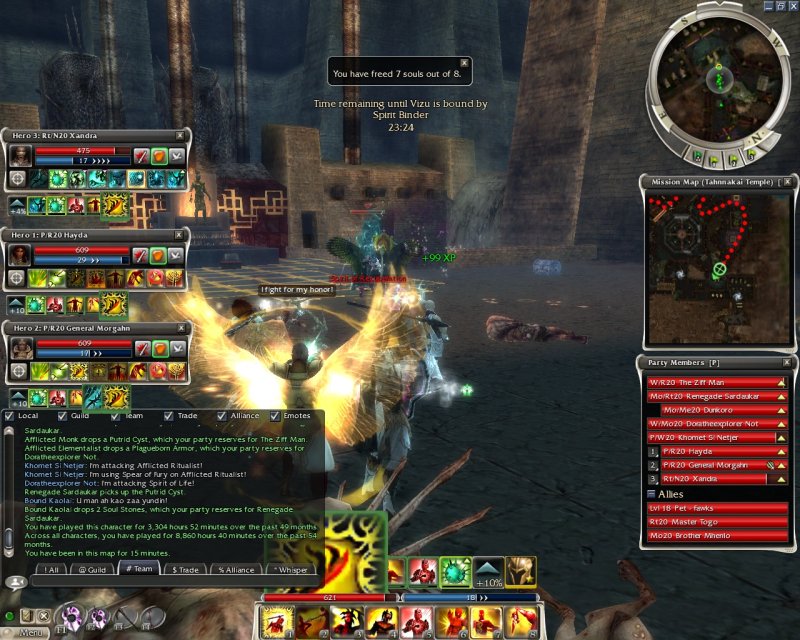 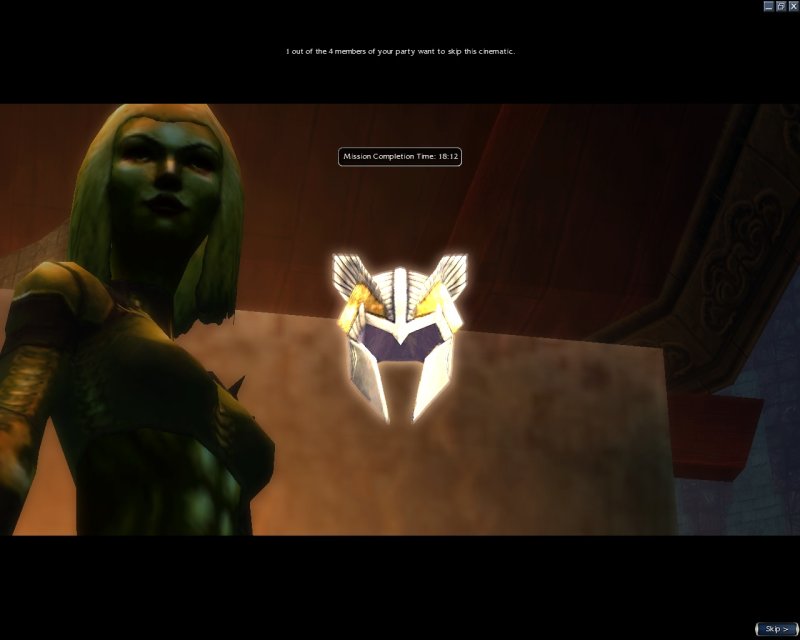 Kway versus Fissure of Woe hardmode. No consumables. 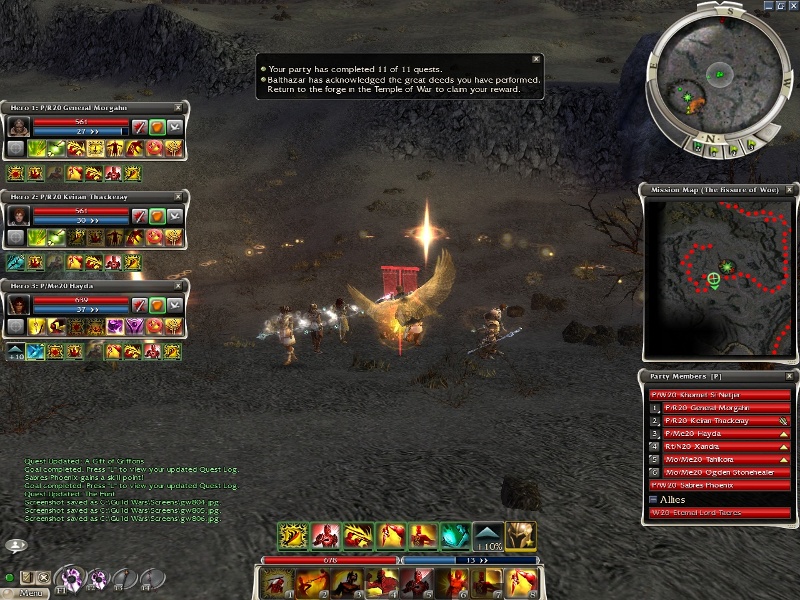