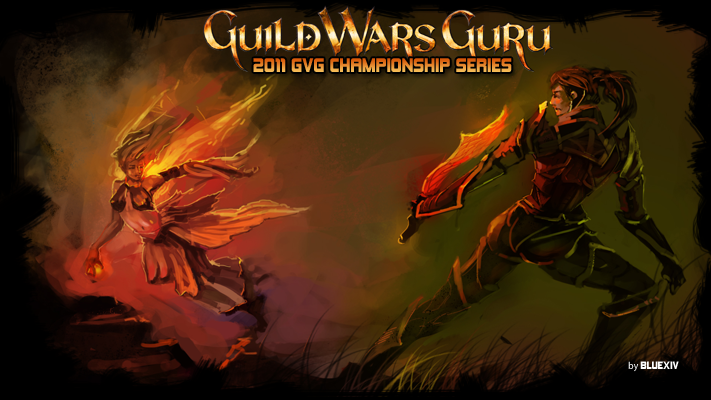 More information will be added as tournament progresses so keep a look out!

Guilds' previous performance in ATs and other factors are additionally considered. The tournament staff will be reviewing teams to ensure fairness.

For those interested in getting into GvG for the first time, the Casual division will provide a great opportunity for testing the waters. However, the learning curve is indeed steep, which has unfortunately served as a deterrent in the past.

In order to help address this problem, we will be conducting a series of introductory-level workshops on weekends leading up to the Casual division tournament. They will be covering basic topics with the objective of providing everyone enough knowledge to not feel completely lost when they enter a match.

The schedule is tentatively as follows:

All workshops will be held on the Guru Mumble Server and we will be bringing in some of our mentors to help with the coverage of material. Questions outside of workshops can be directed to mentors.

As part of the 2011 Guild Wars Guru Championship Series, Guru staff and helpful PvPers put together a program to facilitate learning and growth within the Casual division. Many who wish to enter the tournament may not have much GvG experience, and some may feel a bit overwhelmed by the format as a whole. This will be addressed by our Workshop Seminars, meant to address knowledge pertaining to general and specific aspects of GvG. In addition, if players feel they would still like a re-assuring presence, they're encouraged to take advantage of the mentorship program opportunity.

Some mentors may be familiar - players who have won multiple gold and silver trims, players who have volunteered to spend their day helping out by sharing their great knowledge and experience in GvG. Any guild within the Casual division may request one of these mentors to be part of their team for the duration of the tournament. They will play alongside the guild as a member of the team, and if needed, can provide many tips and pointers during the course of the games. Guilds must submit their request for a mentor at least two weeks before the date of the tournament in order to give staff enough time to assign an appropriate mentor. Mentors have great experience in every position, and some mentors can speak various languages to meet the needs of every guild who wishes to play the tournament. Participation in the mentor program is optional and you should only select a mentor if you have 7 people who wish to play; don't "bench" a player just to receive a mentor. That would be counterproductive in regard to the overall goal of the division and the tournament as a whole!

Any guilds interested in having a mentor for the tournament should send one of the moderators for the tournament (Ariena, Kvinna, Jenn, Lemming, and Apok) a private message describing what kind of mentor they prefer (language, position) and event staff will arrange for a mentor who would be an ideal match.