I think all Asuran bows share the same skin, but I haven't crafted anything other than the shortbow so far. I also haven't tested salvaging one for materials, but I assume they salvage wood & granite like the other Asuran items. --Tankity Tank 05:37, 5 September 2007 (UTC) 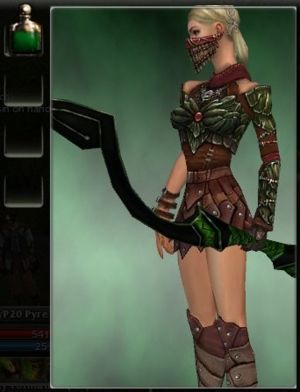 is there any way we could get a shot of this actually on a charachter? hopefully a fully grown warrior? im curious to see what it looks like. 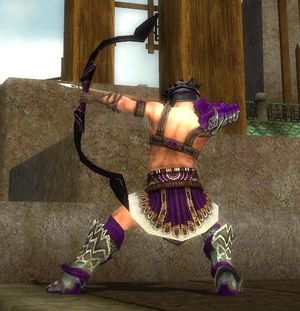 Weapon sizes scale with the character they're equipped to. Try putting it on Jora.

Maybe its just me but I feel like we should do something with this image. --