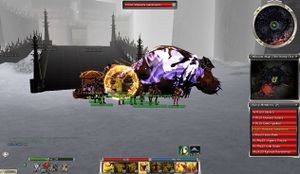 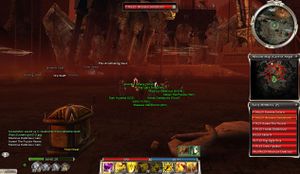 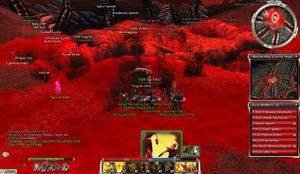 I've started playing Guild Wars about one year ago. I am a great fan of RPG's but not that much of a gamer (haha). I've been playing for more than 6 years a text based MUD (Another World - www.anotherworld.org) and I've reached immortal level and level 65 out of 68 as a World Master. Since then, I haven't played much, the basic well known games, with a focus on RPG's. Latest RPG I dedicated relevant time was Legacy of Kaine: Defiance, which I finished over 2 years (I only played during Easter and Christmas holidays :) ).

I ran over Guild Wars by chance, I was intrigued by the fact that I could download the game without any key or anything, I initially thought it was free. While trying to figure out a way to play it, a friend of mine saw me struggling and told me he can show me on his account. Seeing the game and playing it shortly (the Nightfall preview weekend) made me want it badly so I bought the newly released Nightfall. Soon after, I've got the other two campaigns because I wanted to have access to the other continents and the skills in the other campaigns.

I've learned alot in this game, but still I consider myself as an average player, even though I've brought eight characters to level 20 and I've finished with them at least one of the three campaigns. I've done a bit of AB, RA, TA, but I play mostly PVE.


I play all classes, but I prefer damagers mostly (I love to see the yellow numbers dancing on my screen). My primary character is the Dervish, cause it was my first and it's also my show char (title gatherer).

I do a lot of DoA lately, though after the recent changes I got bored of it. I am waiting for GW:EN to come up to give me some new things o explore.

Otherwise, I will probably start sticking my nose more into PVP and get the feel of it as well.