Me and Titani were bored, and so we took 7 Aura of the Lich Necros (6 Heroes and Titani), with Titani running Barbs, and 1 Nuker (me) into the Isle of the Nameless. We then unleashed hell on the Master of Damage, then went over to the AoE practice targets and unleashed more hell. We then re-did it with 8 AotL Necros and some spirits. These are some screenshots.

The following things were discovered after several tests:

1. Blood of the Master will kill you. Instantly.

2. 8 AotLers with Barbs will kill anything. Except a smiter with RoJ.

5. Resigning with the aforementioned army will cause an awful lot of red dots to appear. When enchanted with Death Nova, 1 minion will lolsplode and cause a chain reaction, killing nearly every singly one. Problem solved.

6. The Master of Damage will die at least once per second. 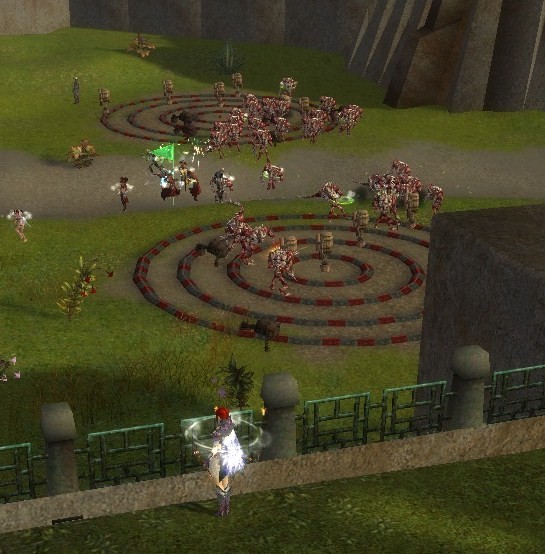 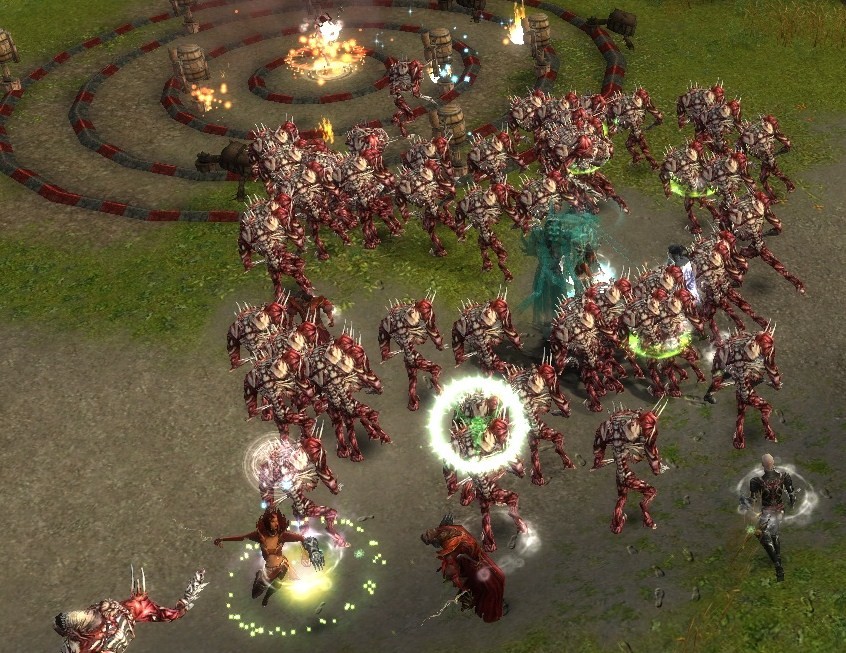 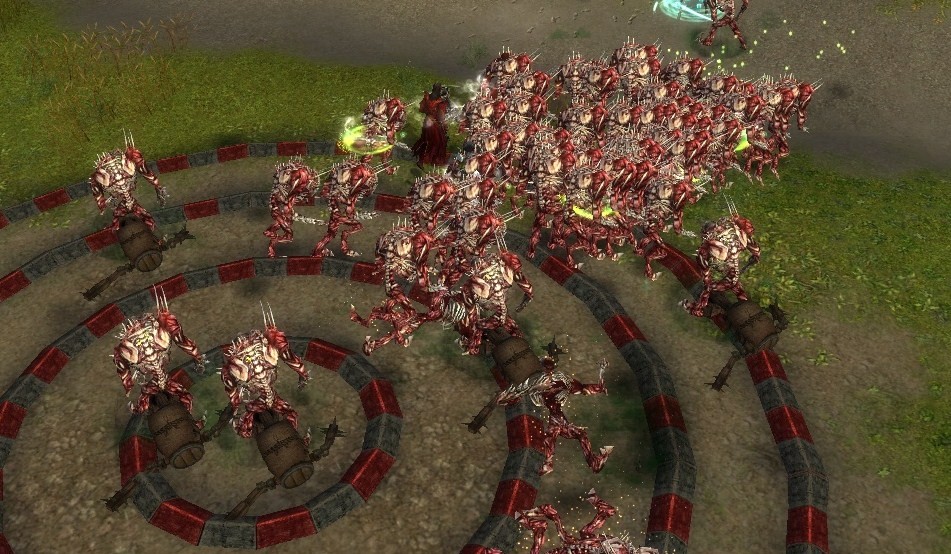