Well, i just tried to RA with this skill, had my moss spider and everything, but when i cast it, hoping my pet might get to the enemy, kill them quickly, it never applied to my pet??? not sure what this is about, but it totally nerfed my build. Da Sonic 03:18, 8 August 2009 (UTC)
Just confirmed it in a scrimmage, the PvP version of call of haste is doing nothing whatsoever, uses energy, casts, recharges. It actually does everything its supposed to do, except work... real fun. ill get a pic asap Da Sonic 03:24, 8 August 2009 (UTC)
ok, went into HB and got a pic(ranks Q_Q now) anyways, here it...... 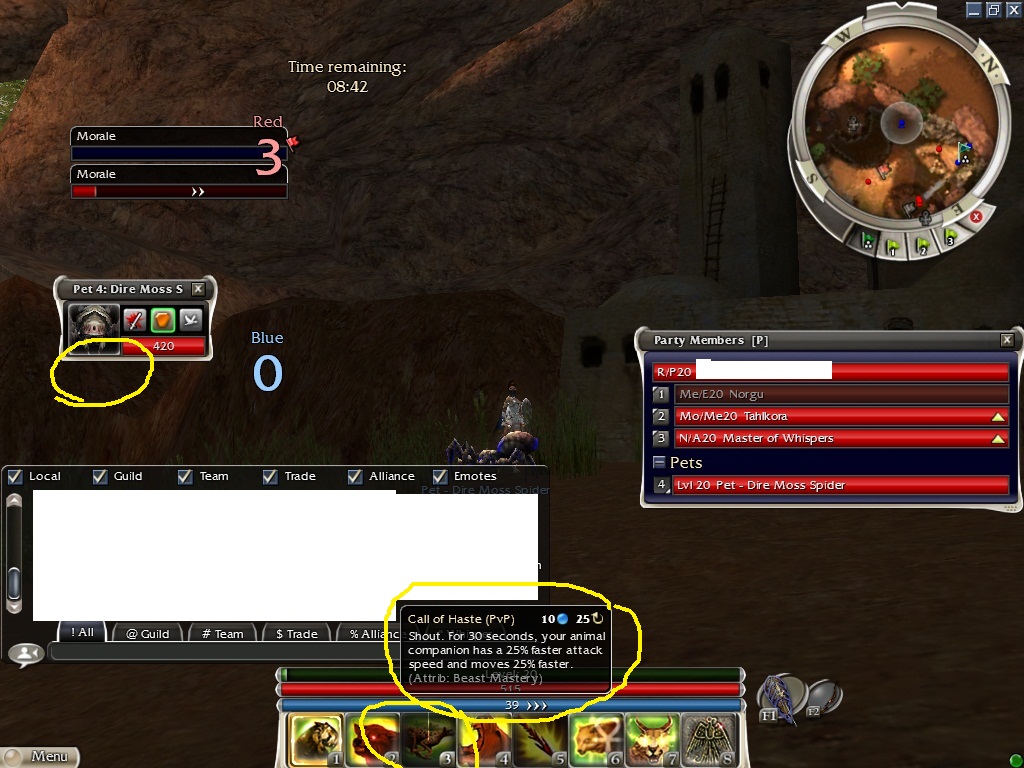 It had one. Latest update fixed it, apparently. -- Armond Warblade