You might not visit here. In case you do wander back here anyway's..I love the costumes, wonderful & talented art on your own webpages & you where amazing next to Regina & Martin. --Silverleaf

Design, faith and magic of the Kurzick's[edit]

I must ask if you had something to do with the design creation of Echowald Forest's sceenery, beside the design for armor and npc's? Are ANet content with the results? Guild Wars is a game of unbalanced quality in enviromental design. The design elements within the forest and the architectural enviroment was a bit of a dissapointment. I know this was Daniel Dociu's work at a start, and he is sure a fine designer. I can tell because I've got the Faction Collector Edition and I have seen his work in the art book. The petrified forest and ground vegitation in the Echowald area have no depth in color. There's no wide range of colors, it just look like concrete or ash. Parts of the ground vegitation is given a horrible bright green color - a tint in great contrast to all stone that sourrounds it. I think a darker color would have made a greater harmony and balance. The vegitation must be a post biological feature in the Echowald. To resolv the forestation of the buildings it must have been a great problem in the graphic design process - to make it look trustworthy and real, like the roots within the mosaic windows. The inside view of those gothic structures looks much better than from the view outside. The indoor picture show a wider range of shades, from dark green to purple, and the details are finer. I think I like this result. Art of the gothic was originally a style with origins in the 1200 - hundreds - a style that have given hundreds of cathedrals around europe certain caracteristic's. There's no doubt the Kurzick's are goth. It's dark, but goth was very much about light. Goth is also assosiated as an influence amongst artistists in the late 1700 - and 1800 - hundreds. The german artist David Caspar Friedrich was greatly inspired by this style. He was an artist in the way of interpretate goth-art into this era. Alot of his work was religious and nature romantic. I am thinking of a very special painting that's gone today - a painting that was lost during the bombings of Dresden in the WWII. But there's atleast photographic reproductions saved to this date, so I have posted a picture down below. This contribution to the community would maby have just been fixed upon the disscussion about Kurzick design. But design is like meny other expressions a way a civilization shows their cultural valeus in a certain time, wether it is profane or sacral. I have to say a few words about their faith further down below. All I know is that your contribution to shape the appearance of the Kurzick's is idéas brought to the design for the armor of the npc's and armor that can be purchased by a player, and I must admitt that you've created something very beautifull and expressive. I really like the Kurzick priest's outfit. I think I've seen anything like it somewhere else, but it's beautiful anyway. It's not said the Kurzick's would be the darker side in the conflict with the Luxons. Their main noble haus is dedicated to Dwayna a god I put in relation to good valeus. They may have a strict hierarchy of order within their society and prefer different gods in different cultural institutions. They all are a part of the strivings to build a chathedral dedicated to their faith . To the Kurzick's music, art, architecture and poetry very important. They got a theocratic society lead by a priesthood with the given recognition to act like the voice of their saints and gods. They seam to strive to give the Echovald forest new life. Everything in their culture prove religious devotion. I have created a conceptual story around the guild I founded 2008, where faith in God is the central part. The five common gods is just principes or devided reflections of this god, used to make a dialogue with the world. These gods are Not personalized gods, only certain mystic forces or attributes of one and the same god. Masons Of Ascalon [GG] made an alligiance with the Kurzick's instead of the more non religious, nomadic and voilent Luxons. If alliances could have been created without faction I maby would have stayed beside it. Luxons are in their anarchistic individualism in some way a kind of capitalistic thinking of their status among the others. The Kurzick Masons Of Ascalon had more the image of a medieval christian monk order that fight against evil and a hostile wildlife when travel to distant lands. There's inspirational content to the official one the Free and Accepted Masons have, without the occult part in their teachings. I question the right to use magic, black magic included or mainifestation of demons. But the gift to make precognitions (described by the mystic Augustinus), use and explain visions, being in contemplation and meditation etc. is legal as tools to worship and spread the knowledge about God. Magic makes things more confused. The limits from what's good and whats evil gets diffuse in means of use when it's an art that can certainly be used for darker means. The Kurzick must belive in magic arts and seams to give magic a strong relation to music and singing. So, magic is a part within their culture. Kurzick design seams to express something that has it's roots in a wish of darker minds, but not nessesarily something evil. I doubt that. I think of the story about "St Lutgardis". If I understand the myth about him, he got the insight that the gods are both filled with life and something that are abscent and dead within the Echowald forest. --Kram 15:13, 19 November 2010 (UTC) 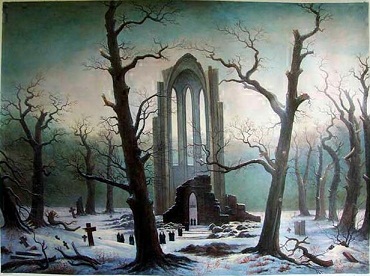 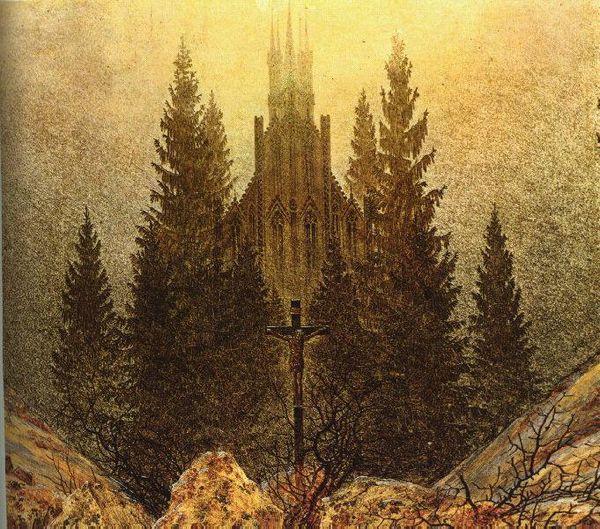