As with Bandit Firestarter I added a drop-rate table since I'm interested in drop-rates. Same problem as reported there also applies here: how do I prevent that the rows become multiline.--Nemelis 22:44, 31 May 2009 (UTC)

Droprates are not put in the article. I believe dye drops regardless of creature type as well, so it is usually not included. I don't think a table is really necessary here, as the drop is established, so you may want to keep the info on a personal page.--salvius 02:47, 1 June 2009 (UTC)

The Bandit Raiders near the worm field have two interesting characteristics: (1) they are more aggroed by the wolves than by players and (2) they are somewhat afraid of the guard by the Abbey.

I don't know whether these are characteristics of these particular Bandit Raiders or whether all of them are like this; it's difficult to test it. I found out about all this by playing around in the worm field with low level characters. I ran over to the camp and aggroed everyone in it and left my imp to deal with it. Two of the raiders followed me, however. On that occassion, I accidentally ran towards a wolf and instead of trying to attack me, the raiders ran past me to the wolf, which was running towards them. It's a good way of distracting the bandit raiders if you have bitten off more than you can chew. 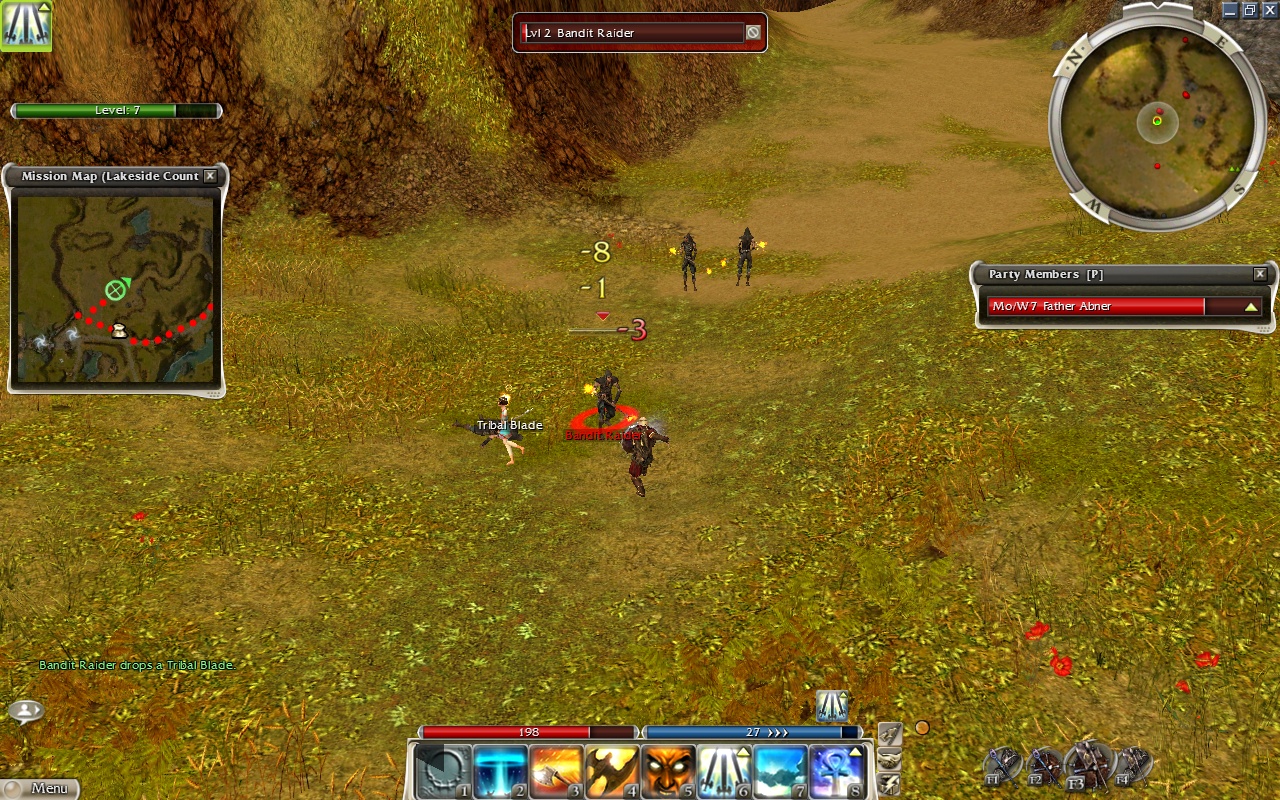