Yeah, this is an enchantment and triggers on critical hits, whereas Assault Enchantments must be used after a dual attack, meaning you have to hit them at least twice to remove the enchants.--Xinth 01:16, 10 April 2008 (UTC)

Plus, this allows you to remove enchantments as they hit, whereas with Assault, you hit them all and then have to wait if your target recasts them. Assault is better in some cases, like certain bonder builds, but this is for better for prot monks who will just recast after you remove them. FleshAndFaith 21:49, 28 July 2008 (UTC)

but why would anyone wanna use this in place of shattering assault? i mean, shattering assault may cost 10 energy, however with crit eye its more manageable anyway, so overall SA is less energy intensive. has AOE damage, is more spammable, and is not an enchant so cannot be stripped. heck i'm not sure if assault enchantments is worth bothering with either if you think about it. 86.159.128.3 18:30, 30 November 2008 (UTC)

Dark removes enchantments continuously where SA only removes 2. Also, with SA you are limited to using daggers, where you can use Dark with bows or scythes (if you do not use the INSANE OMG GANK EVERY 4 SECONDS SKILL, that is. -=-Koda Kumi 19:05, 30 November 2008 (UTC)

If you have this enchantment on you and you strike with a dual attack, do you also remove 2 enchantments? Since dual attacks strike twice it woud be usefull to know. --The preceding unsigned comment was added by 145.118.160.65 (talk).

Yes, if both attacks are criticals. Any double strike has a chance of removing two enchantments, so long as both hits are criticals (which shouldn't be too hard if you have Critical Eye or use Critical Strike (Dual Attack). FleshAndFaith 21:39, 17 January 2010 (UTC)

Cast it on a staff. — Raine Valen 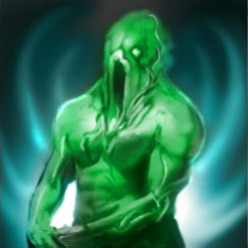 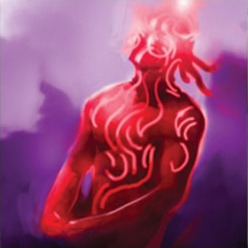 Except for the lazy pose drawing, they aren't very similar at all =/

By the fact that the trivia says "somewhat," I'm guessing whoever posted it just wanted to create some trivia, I think it should be removed. Zungx 18:56, 4 November 2010 (UTC)

I know this is a late reply but I noticed the "trivia" on Flesh Golem and could not see how these are anything like each other. If trivia is going to be made up can it at least be believable and not so easy to disprove? Or just describe what the picture actually is? Chibot2000 21:21, 22 January 2011 (UTC)

Since it removes before the attack hits...[edit]