anet went all gay and didnt give us nerfs im pissed

Lolz, this isn't the first time they didn't nerfed anything.
I wonder why ANet took so long to remove them, I mean what were they planning to do with it? Guess we'll never know =[
Oh, now I think of it, what to do with the article about Bricks of Mud? (Ramper 20:47, 29 May 2008 (UTC))

so i herd u liek mudbrix.- Vanguard 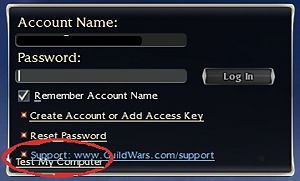 Honestly, we really needed a balance update... Really disappointed that we still have to play with this dervsmite shit. Pluto 22:28, 29 May 2008 (UTC)

It's pretty balanced, because it does no extra damage.. But it could use an recharge nerf. Halogod35

SOH and Conjure needs to not stack either. Make SOH only work for physical damage. Nerfing the recharge on Wounding by just a bit would be really nice too. Pluto 03:31, 30 May 2008 (UTC)

Thats the main problem, the recharge. 5-energy insta-convered-DW insta-recharge, and it can also crit for lots of damage... --Rayd

The hell, I have Gw in my "X:/Program Files/Guild Wars" folder, I dbl clic on the Gw.exe there, it gives me connecting to Anet, the disappears and fastly reappears and start to download stuff "Did -image the day b4 patch" Starting to download 5k+ files, Once that completes I log on (It now forgets my account name and res, /gfx settings) Then at loading a PvP Char, it wants to download 20k+ files. I now doublecheck if my .dat has disappeared, I indeed has not gone or skrunk. Then I go and check the C: drive that should NOT have a Program Files / Guild Wars folder, but now shinyshiny It Has one + a 100mb .dat file... with gw.tmp and gw.exe file...

Do you even test the updates before the upload?[edit]

Disagree on the useless. Anything makin the communictaion between us en support easier gets an /clap from me. And what was in need of testing? The borked update screen? --Arduinna