Does this skill still teleport you to a random location at "in the area" range? --Lou-Saydus

"Shadow Step to a random nearby location."

Yeah i know what it says... but before the change it shadow stepped you in the area, not nearby. --Lou-Saydus

If you look at the date when Brains12 said that, you'll see that it was before the change, just one minute after you asked. The history would also show that it's always been nearby. ;) — Galil

That skill was perfect for running. Right after Shadow Form you activate Heart of Shadow and then once the enemy attacks you, you gain health. Now they ruined it and i died running to Droks because of this.

Has anyone ever tested its actual randomness? Does it have any pattern maybe? Of course in the heat of battle a pattern may be hard to remember, but shadowstepping + healing, into, I don't know.. Shockwave, could be quite devastating. I know theres stuff like Death's Charge, but hey whatever. Puk 12:06, 14 March 2008 (UTC)

it's not random, it step back from you target, were ever you target is, you step in a straight line back, should also mention that the target doesn't have to be a foe, target ally works, so you take someone in the back rank, hit this and step to enemy lines, should be some interesting postioning tactics--64.231.1.241 02:21, 15 May 2009 (UTC)

I think it should be noted that this shadowsteps you into Earshot range, as opposed to Nearby as stated in the description. (Viper's works correctly) Also, your target must be in spellcasting range (and not enchanted with Vow of Silence or something otherwise making it an invalid target) to use this spell or Viper's Defense. It might also be useful to some to know that while targeting yourself or having no target, it shadowsteps in a random direction just like it used to work. Hope this helps. <>Sparky, the Tainted 01:36, 16 May 2009 (UTC)

does anyone now what this is actually a picture of Hubbard

Yes, it works for me. It's only random if you don't have a target, target yourself or target stuff like signposts.

Confirmed. Lies and slander. I targeted teammates and would get teleported in my own nearby vicinity. BlazeRick 21:21, 17 August 2009 (UTC)

Is this skill really not working for you Chaos? As you can see in the image below I end up at a location directly away from the selected target, like the description says. The distance moved is not Nearby, but rather somewhere outside In the Area. It is however always the same distance, so there is no random element at all when using this skill on a foe or ally. Judging from comments above it seems to work like this for everyone else too. 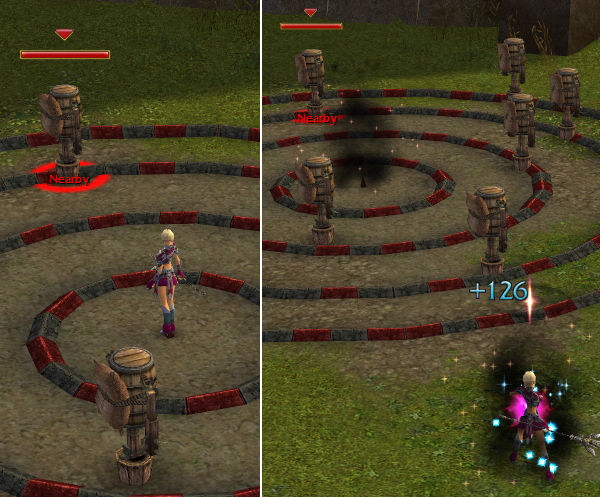 Fixed a bug that caused Viper's Defense and Heart of Shadow to teleport players incorrect distances. .