My name's Ross, and I'm a 22 year old student of the University of Wisconsin - La Crosse. I have been playing Guild Wars since the Beta Weekend Event in February 2005, and have known about it since the E3 for Everyone event through a friend. I currently own two accounts; my first account, which houses my oldest characters and is Standard Edition only. That account has ~900 hours logged on it with another 350ish from the BWEs, but is now largely inactive (minus checking for birthday presents). My other account, which is the Collector's Edition for all campaigns, is my primary UAX account. This account currently (11/13/2008) has 3,329 hours logged. 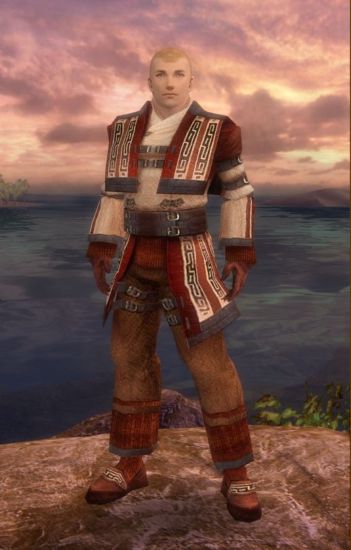 Some coding lifted maliciously from Auron.