We at ArenaNet were saddened to learn of the passing of Wynthyst, a vital member of the Guild Wars community.

Wynthyst was an active member of the wikis, where she played an active role as contributor and then administrator. She was passionate about wikis and her passion was contagious. Wynthyst interacted a lot with ArenaNet on the Guild Wars wiki and her work over the years was recognized with the creation of an NPC in the Zaishen Menagerie who represented her love of animals (birds in particular). She continued her work on the Guild Wars 2 wiki, always with the same unstoppable energy and cheerfulness.

After a while, she decided to level up her dedication to wikis by taking up an offer to work with Curse.com on their official wikis. As busy as she was, Wynthyst continued to talk and offer advice from time to time to folks in the Guild Wars and Guild Wars 2 wiki communities. In the words of the Gamepedia team , "She was an irreplaceable part of our team and community and will be missed immensely."

In memory of Wynthyst, ArenaNet built a new grave in the Ebonhawke cemetery in Guild Wars 2, where a drakehound and a tamable juvenile lynx stand respectfully nearby. 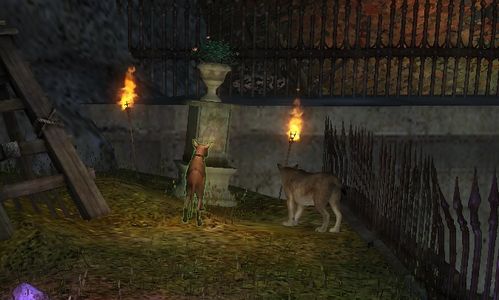 Tireless scribe and friend to animals

She left her mark on Tyria

and is now at peace in the Mists

Feel free to leave a few words in the memory of Wynthyst. Whether memories or thoughts, please be respectful and make sure to leave your name, whenever possible and appropriate. Thank you.

Wyn, you meant more to us that you ever knew. The Guild Wars universe and Guild Wars wikis are worse off without you. When you left us, a piece of them died with you and left a hole that can never be filled. Thankyou for everything and it was a privilege to know you and we will miss you dearly.