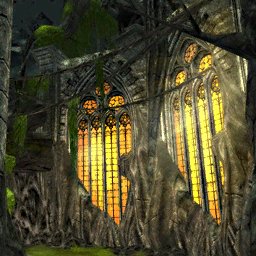 The outpost, Durheim Archives, is named after the Kurzick House Durheim.

Known by many nicknames, the most common of which is “the old house,” the Kurzicks of House Durheim maintain the histories of their own culture, and much of the rest of Cantha. They have a deep reverence for their past, and study genealogy with a passion; this devotion to the dead, they claim, has given them a special bond with Grenth. According to the Durheim, Grenth has rewarded them the magical ability to chronicle the life of every Kurzick ever born. Curiously, those not devoted to the study of history are most likely to be poets and playwrights – or perhaps that is not curious at all, as both pursuits glorify the nobility of death in all its forms, especially in Kurzick society. Their patron god, of course, is Grenth.

House Durheim is one of the five great Kurzick houses. The Members of the Durheim House are great poets, scholars, and historians. They claim to have a special relationship with Grenth, which allows them to access records about every Kurzick who ever lived.