Hello. What is the event you were talking about on my page? Nicholas loev events so for the sake of planning ahead, I was wondering what it had to do with, and when it would take place. Ƹ̵̡Ӝ̵̨̄Ʒ аІiсә

well basicly the idea for the event was to find "Nick Nikawo The Traveller" (this is what alot of my alliance call me :P) using riddels. Its still in planning so we havnt got a date for it. But i was wondering if the riddels could be about your nick not the attualy nick the traveller and the ridels could tell the story of your nick from the searing to were he currently is and answer question about him e.g. like why he wants to kill the eporour :P --Nick123

ill send you more info when we get it but atm were still planning and funding it :p --Nick123

Hey. I tagged a couple of [KISS] guilds as inactive earlier today. Since you reverted one of them, I thought maybe you could be a person to talk to about a dilemma I had. Basically, a guild is tagged as inactive if there are no edits for 3 months and there is no link to prove the guild being active. The problem with [KISS] alliance is that even though the alliance as such is very much active, it can be tricky to see the activity levels of individual guilds. Previously the [KISS] forums had sub-sections for each member guild, so then it was easy (if the guild was listed there). However, with the current reforming of the [KISS] forums, removing the guild subsections, it will become very hard. Maybe you, as a member of the alliance, could remind the administrators that it may be a good idea to make it easy to view individual guilds on the website/forums, if they want to avoid erroneous inactivity tagging. Sorry for the wall of text, I just thought this was an aspect the [KISS] forum admins may not have taken into consideration. Thanks!--Lensor (talk) 19:02, 22 January 2010 (UTC)

Trust me im trying, ive been the main person trying to save the guild things. Ill personly mark guilds as inactive when it comes to my knowledge there as i do most of the wiki Kiss things. ill speak with them again about it including my rant about them wanting to use wiki as a forum it seems :P i want let them :) --Nick123

lol hi how did that chess thing go in the end? havnt looked at in in a while :P --Nick123

It's still going, with Why being sysop and all. →[ »Halogod

Lol I mean nothing's ever going to really happen, atm everyone's busy with school and life. So yeah, I;m holding the contests off for a while till like summer when things cool down. Lol paradox. →[ »Halogod

cool im busy 2, are your thinking of hoding anymore contests soon? and do you want to come to the Kiss Maragon 2010? --Nick123

Well sir, I'm having a bit of a problem when I try to registrate on the Sick Alliance website

When I click on the -are you older then 13 button- and press continue it says :Sorry, no corresponding user info was found

i dont know ill speek to some1 about forum, the forum's recently been redone so it may be a problem :) --Nick123

well its a running event were u win prizes basicly hard to explain :P --Nick123

Two peanuts were walking down a spooky road at night... One was assaulted. Jonny10 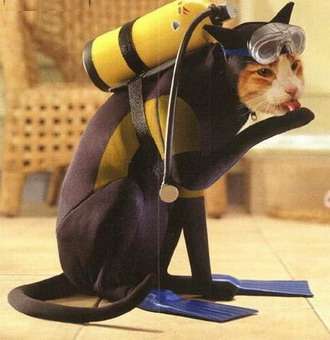 thanks neil i saw it but i didnt wana start linking your pic to peoples user pages so i uploaded a copy myself :) --Nick123

haha where did u find that image in the first place? it makes me laugh :) --Nick123

Well i found it on wikipedia, it was available under GDFL and such, i cant recall the link though, You probly just got yours off google images >.> --Neil2250

nope i saved mine as a picture from the shinning blade wanted thing that you changed to the cat :) --Nick123

opps yer i do really need to change that havnt got round to yet :P --Nick123

Do u want me to update the kiss luxon / kurzick ally navs as they are all out of date now.

Also did u see my fail on torments page... look at history... FML

Also do you want me to do the editing still i refuse to do the officer/gm lists again.. do you know how long they took me initially? fmlsirfml--Nataliexxx 05:03, 8 December 2010 (UTC)

nahh i dont think theres much need the alliance doesnt seem to use the wiki pages anyway it was just me and you, yes i saw that but it made me laugh soo much i had to keep it and LOL they kicked james haha. I think we should get the gms/ams/sos to do the wiki stuff now ive taken a bit of a back seat in kiss now and stopped playing gw that much soooo i definatly wont be doing it unless i get that bored :P :) --Nick123