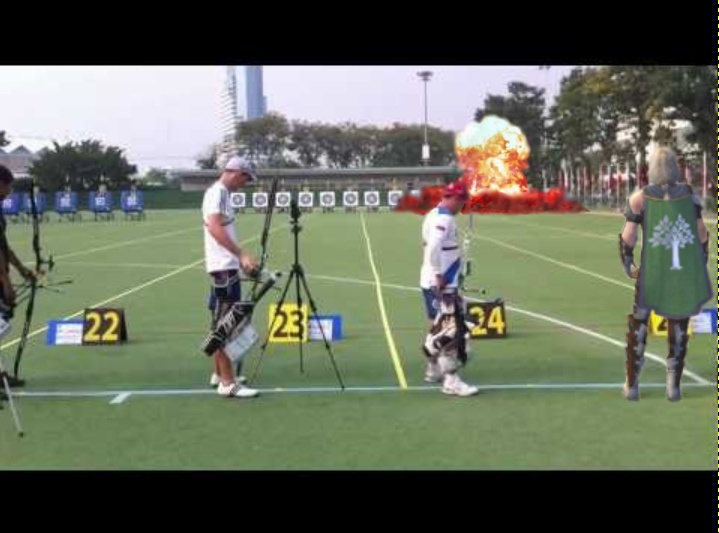 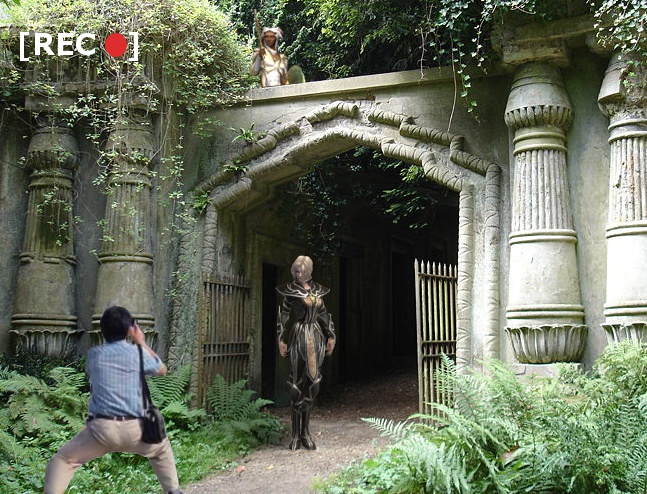 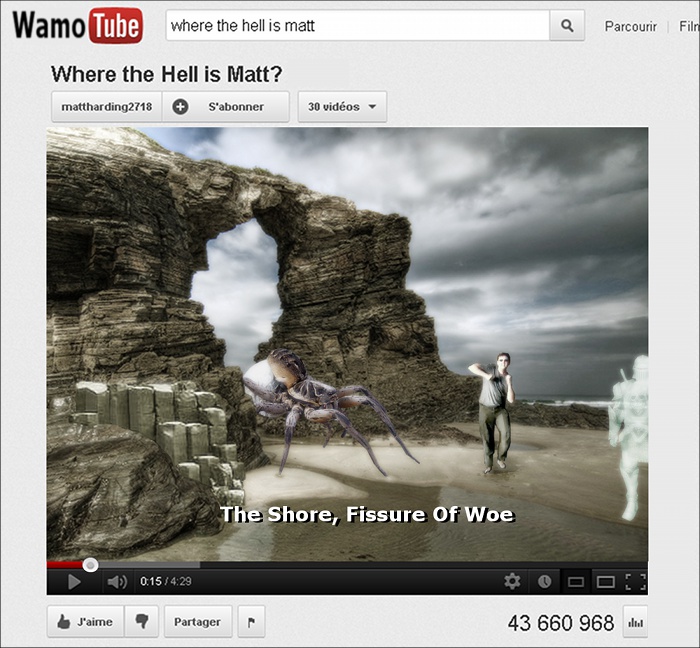 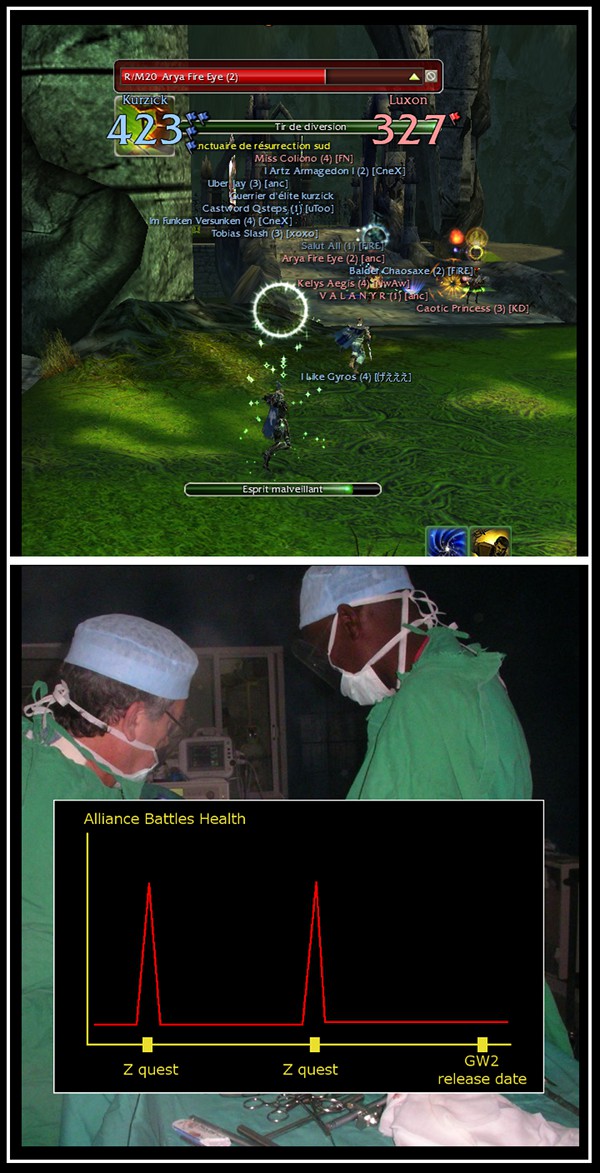 Cork it with your finger[edit]

I am actually in the process of doing DOA areas with first timers that were never allowed in a party (because they dont play dwg or whetever meta people think is mendatory). I have never saw so much greens in my life (8 so far in 1 day, and i dont count greens the players i took with me did get). It's a good day to do DOA. Yseron - Serge Yseron 01:34, 21 August 2012 (UTC)

While preparing the next run i toyed with party formation to check if the game was cleverly positioning heros according to their professions and where you put them in the party formation panel. Anet want your monks to be front line. No matter what. Yseron - 90.29.50.183 07:01, 21 August 2012 (UTC) 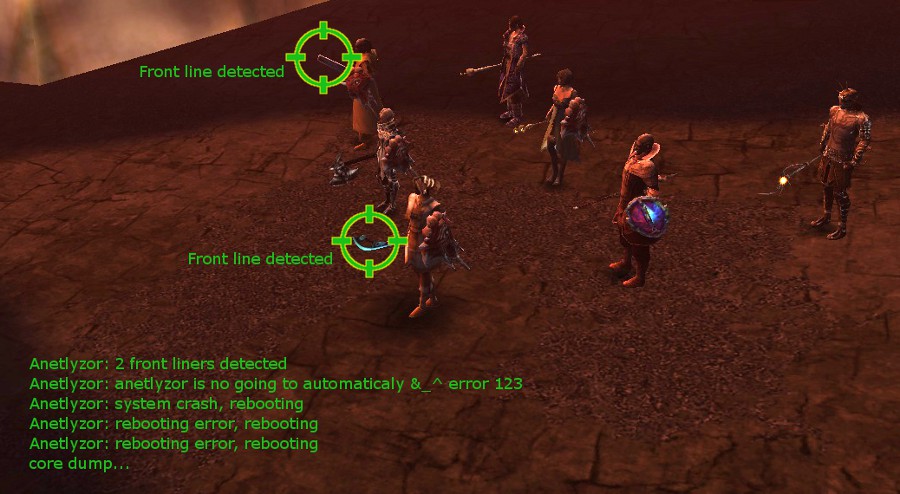 I would suggest to the game designer that came, again, with a fee for changing traits to think of what his life would look like if he had to spend some money each time he makes an update to correct something he did wrong, and then to tell us what he think of it. We are already plagued with stupidity in real life. The simple fact that at one point they thought of racial traits should have made me flee away from gw2. Yseron - 80.9.75.144 04:01, 29 August 2012 (UTC)

I got a problem. An engeneer's turet skill keep recharging and instantly activating alone in an infernal loop that i cant stop. I tried to change the skill in the rekated skill slot, to disconnect/reconnect, to die and select a random resurect pt, etc. Yes, it means that I cannot play anymore, and yes this add to the already too numerous bugs that make you think that this game is not yet finished. Worst of all, it means that it could be exploited to automatically and infinitely, whithout being at risk to be interrupted, raise turets in WvW pvp. The previous noticable bug was a division by zero related to an area for wich my exploration ratio had been reseted after an update (you cant have 0% explored for an area from which a portion of the fog of war have been removed) due to the lack of memory of my computer (wont be a problem since 16Gb on recent comps is standard), quite obviously it crashed. By respect to some programmers that are competents at anet i wont say anything, but you can guess that i am not in the better mood right now. Yseron - 90.15.57.229 07:00, 1 September 2012 (UTC)

GW2 is globally amazing, but its targeting system sucks (and frankly i myself wouldnt be able to propose a better one even if i had time to think about it). Total freedom, lot of interactions, you need an object - you craft it, maybe a little too grindy for the story line (even if you know how to play, a difference of 3 levels will make a walking punching ball of you in missions)....I loged in back into gw1 after a few days, just for the feel of it, and gw1 definitely look like a draft of what we experienced this last week. Screenshot in a minute to show you why it's almosy impossible to target correctly in a split second in gw2. Yseron - 90.29.177.159 02:30, 3 September 2012 (UTC)

I think I've never laugh so hard than today when watching your page xD. Not that you're gonna read it anytime soon though, but still a lot of fun ! --Ruine