And this be the wiki account of Caeliat. Lord Caeliat

You use Maroon now, king of style =P -- Cyan

I was bored and decided to spam your talk page.

Have fun Reaper of Scythes**

Since you've had four images deleted as copyright violations in the last month, and the latest is another string of copyvios, I'm gonna have to ask you to stop uploading non-Guild Wars images. If you want to upload something on top of the Avatar image, link to the source of the image on the talk page, but don't upload it until we've seen confirmation. If you want to upload an image in future, look around for the source of the image - if it's clearly GFDL or public domain (and it should be explicitly written so), ask at the admin noticeboard for confirmation (but you should be very sure first). If it's confirmed to be appropriate, then you can upload it. -- pling

I've blocked you for three days for not adhering to this. You uploaded another copyvio (the flag) which has various logos and isn't licensed under the GFDL. You also did not ask at the admin noticeboard (or an individual admin's talk page) for confirmation. Copyright has to be taken seriously - this isn't a personal webpage where any image can be uploaded at one's whim. We've told you what makes an image acceptable/unacceptable to upload, and I outlined what you should do to make doubly sure it's ok - since that hasn't been done, I've no choice but to block. -- pling

In the future, look for images on the Wikimedia Commons. Most everything there should be attributed to our copyrights here, so its fair game. --

Well, I can try to make one, but that can take some days. And I just don't know if you like my style. -- Cyan

I think I just take an image from her, change the pose a bit and keep it simple. Like I said, can take some days because my college hours are killing me. Softly, that is. -- Cyan

Too late. However, I still draw. -- Cyan

I dont think GIF.'s are aloud in sigs or navbars , though the new sig is cool,cranedude.btw,i deathleveled the crane to level 20 via the Menagiere...all it cost was 500 deaths >_> --Neil2250

Unfortunately, Neil, the history is available for anyone to see - it doesn't matter whose userspace it's in, it's still the uploader's problem. Let me be blunt about this: if you intentionally upload a copyright violation after it has been made clear to you that it's unacceptable, you will be blocked. -- pling

Edit Conflict x 1 You may want to keep this.If u are Wise :)

Dunno if you use Chrome, but[edit]

If you do, then here you go:

if you do use chrome you've probably already seen/already use that. personn5

On your sig pic that didnt get deleted. Reaper of Scythes**

You ruined it lol spambot. Reaper of Scythes**

Just a little too much Unendingfear for me >.> Reaper of Scythes** 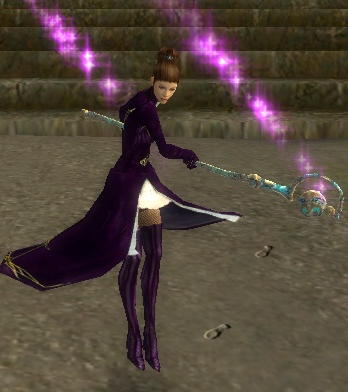 your mail :3 Reaper of Scythes**

Want to vanq Raisu Palace with me :3? Reaper of Scythes**

Out yet? Reaper of Scythes**

When are you :P? Reaper of Scythes**

Just Scrolling Through My Archieve...[edit]

And noticed the rant about WoW>Gw.Let me explain.

"Reasons why GW > WoW. 1) Good graphics, wow looks like a fucking kiddie cartoon. 2) Realistic body proportions, 'nuff said. 3) Prince Rurik, you love to hate him. 4) Grinding PvP for new armor sounds fun... 5) GW doesn't need mounts, WoW needs them so you can grind more. 6) Map fucking Travel, again, 'nuff said. 7) One time fee for Guild Wars, >$100 dollars a year for WoW sounds like such a deal. And these are all off the top of my head"

Thier reasons for your awnsers...

1) It needs low graphix to keep the z-axis and No-portal-zone in check.

4)Grinding PVP for new armor...Not to sure what you ment by that.

5)WoW needs mounts because its sane.Being that a human who just killed a god cant even have a sodding horse.

7)With them raking that much money in,they can afford great stuff.Adverts with Mr T,Ozzy Osborn and lets say...THE Z AXIS And on that point, why does WoW have double the players GW does?(GW have SOLD 6mil copys,Not have 6mil people.)

Btw.Your top of the head is smelly >_>

Here's a fun list of why WoW is better than Guild Wars:

1. it doesn't suck fucking ass.
2. the company that maintains it doesn't suck fucking ass.
3. the PvE is fun, engaging, and challenging (see point #1)
4. content is constantly added into the game (Ulduar, a 14-boss raid of immense proportions, was added less than a year ago. Trial of the crusader was added several months ago. Icecrown citadel, another immense, multi-wing raid, came out last month, and the Lich King fight itself came out on tuesday (yes, this tuesday)). These are massive, time-consuming and brain-requiring raids, not just Underworld with a few skeletons added in.
5. new bugs and balance issues that arise are fixed quickly by Blizzard, instead of staying in the game for years and years.
6. it has a playerbase (unlike certain other games which are dead as hell)
7. contrary to the belief of people with shitty computers, it's a beautiful game with many amazing areas you can fly through and explore (yes, actually fly on real flying mounts, using the whole Z axis concept which I doubt anyone in GW is familiar with)
8. each boss fight is, more or less, a unique fight with unique mechanics that require learning to be able to perform. sometimes you have to kite slime monsters, sometimes you have to dodge fireballs, use jetpacks to assault an enemy airship, focus damage on certain monsters at certain times, or heal a "boss" from half health to full while protecting it from waves of enemies. these are seriously different encounters, nothing like the cspace cowboy no-brain boss fights that is every single boss in Guild Wars.
9. auction house. enough said.
10. this list could go on forever tbh, so i'll just call it a day here. I've played both games to their fullest - I did everything there was to do in Guild Wars PvE and PvP. I now lead a 25 man raiding guild in WoW. Both games have their pros and cons, but WoW has far more pros than cons, and far less cons than guild wars. -Auron 10:00, 6 February 2010 (UTC)

I rarely find myself in a position to agree with Auron but, Gotta give him credit here. Everything he said is true. Also, Mounts. Flying around on a giant fucking skeletal glowing dragon is awesome. Btw did you hear they are going to allow flying mounts in kalimdor/eastern kingdoms now? So excited. Finally gonna be able to show off my phoenix in noobland. :> --Briar 10:27, 6 February 2010 (UTC)

Money isnt worth it, nuff said Reaper of Scythes**

/agrees with Auron. About 50 cents a day isn't that bad tbh. personn5

This reminds me of you :P Reaper of Scythes**

Don't know :3 Just thought of you when I saw it. Reaper of Scythes**

GOt another screen for you, hold on. Reaper of Scythes** 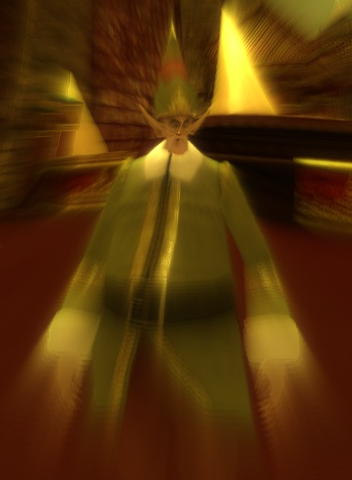 Good night and sleep some hours ;l. Too bad tomorrow is Monday. Reaper of Scythes**

You has accepted :3? Reaper of Scythes**