The game is crashing upon finishing the updating, which results in the next time I start up GW, I have to re-download the update. This happening for others? I want my WoC part 3! Konig/talk 21:58, 9 February 2012 (UTC)

Does anyone know which quests were rebalanced and how? Abbess Katherine 23:28, 9 February 2012 (UTC)

I know that Minister Cho's Estate and Free Birds had alterations. I am uncertain beyond that - I suspect the Scavenger mobs on a whole were altered too. Konig/talk 00:10, 10 February 2012 (UTC)

No, I don't know specifically, but having just finished Chapter 3: It felt surprisingly easy, but solidly enjoyable. Compared to some of the immediate difficulty increases experienced at certain points in Chapters 1 and 2, I would say Chapter 3 is less likely to need a 'rebalancing.' For reference: I play generally as the only human in the group - so what I experienced may be the shift towards 'solo-friendly' mentalities reported to be included into GW2. Quin or Quit! Crysania Anchorwind [Quin] 01:14, 10 February 2012 (UTC)

Looks like we were both wrong, because he just spawned for me right after killing the monstrous afflicted --Manassas

They retroactively implemented Tormented Weapons and Oppressor Weapons years after the fact... so yes they will implement Imperial Weapons (but expect a LONG wait). --Falconeye 05:59, 10 February 2012 (UTC)

The difference here is that tormented and oppressor weapons were added before the calculator was created. Adding a new weapon set now would require re-working the calculator as well to allow for at least 2 more points (one for adding an imperial weapon, and another total to allow for the increased number of possible weapons). It would just be odd to have 2 extra points beyond the final title, but equally odd to add another title just 2 points on from the last. I'm pretty sure this is part of the reason they held off on releasing the calculator or telling us anything beyond 'you will get new items in GW2' about the HoM for so long. They didn't want to have to re-do the system once it was announced to the players. 109.150.170.157 09:30, 10 February 2012 (UTC)

What's more likely than adding points is that they may just make one of the points "Add an Oppressor OR Imperial Weapon" (since those are more similar to each other than Destroyer or Tormented). That way Factions & EotN-only players have another option, and it doesn't hurt people who already have 50/50 and don't want to play Winds of Change or don't even know it's going on. Of course, that's all speculation and assumes these will be added anyway. 128.113.148.56 17:47, 10 February 2012 (UTC)

There's still work that'd be necessary for doing that, ip 128; and that work would also be the reason why Keiran was never added to the HoM despite having 2 alternative armor sets ready (and, I suspect, why the Panda counts as a regular pet, and why Miku and Zei cannot be added to the HoM either). That, and for Keiran, Panda, Miku, Zei, and Moss Spider they require art resources for statues. Konig/talk 19:33, 10 February 2012 (UTC)

Agreed. Although it makes sense story-wise, an assassin hero is really useless outside of storage. Too bad she didn't change profession like Thackery did :/--Deus 05:59, 10 February 2012 (UTC)

I red in a panel that you'll get zei ri in when finished with hardmode... so maybe another ritualist. but I haven't checked this for myself so far... also dunno if this rumor is true. --Kali Shin Shivara 06:07, 10 February 2012 (UTC)

I do use Zenmai, and Anton, and Miku. Sometimes at the same time! Thanks ANet! Heroes may never compete with full human teams of skillful, dedicated, players, but they do allow us solo-types to enjoy quite a bit! Shame on us for having fun :) Some of us appreciate the new stuff, even if we are less vocal than those who don't :). Additionally, Thanks for not making War in Kryta, Hearts of the North, Winds of Change [etc.] expensive :). Crysania Anchorwind [Quin] 04:11, 13 February 2012 (UTC) 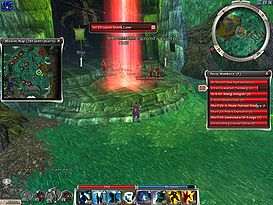 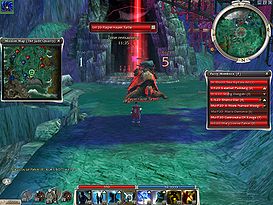 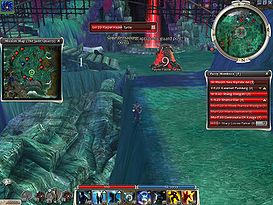 His character is idle while his skills are shown as being activated (he's within reach of his target). In other words, as the section-heading implies, he's not able to use skills. Konig/talk 09:52, 10 February 2012 (UTC)

It is not lag, because I can move normally and with lag you usually cannot walk anywhere.

Unless you're rubberbanding terribly (in that you're stuck on something, but your client doesn't register this so it appears that you're moving around perfectly fine - but once you get far enough from where you were stuck, models stop appearing, and you won't be able to use skills on targets that look close enough). Konig/talk 12:32, 10 February 2012 (UTC)

When you're rubberbanding you can't have 4(!) tiggered [not sure if it's a good word] skills (showed as darkened, animated icons), but just 1. This issue has nothing to do with rubberbanding. TheyCallMeIgi 05:20, 11 February 2012 (UTC)

Definetly not rubberbanding because I do Speed Clears and am awared of the /stuck emote which I did tried but my character didnt change place. My character was standing in the right place, only skills wouldnt work.

Your latency blip in those screenshots is red.

"If you want to change back to the default spawns, take Memories of Purity from the Herald of Purity in Kaineng Center"
Yes. You'lll need to keep that in your quest log to keep the original spawns, but it's possible. Konig/talk 16:41, 10 February 2012 (UTC)

You cannot get Memories until after Cleansing Morostav Trail. Taking the quest returns the spawns to pre-WoC defaults and it's the only way to do this. You accept the quest and abandon it; it cannot be completed. I believe I've updated the relevant pages to document this.

The one thing I haven't tried is whether you can do any WoC quests while this is active (notably the ones that take you into a special instance). – Tennessee Ernie Ford (TEF) 05:30, 11 February 2012 (UTC)

Based on the second update from this day, you can do WoC quests - previously, when part 3 was released, you couldn't and it was called a bug. I'd assume the instanced ones would work the same. Konig/talk 15:51, 11 February 2012 (UTC)