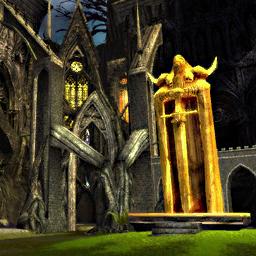 The second most politically powerful of the great Kurzick houses, House Vasburg are the greatest warriors of the Kurzick nation. To the Vasburgs, violence is a beautiful dance, an expression of life and death that cannot be equaled by any other experience. Most train their whole lives with the expectation that those lives may end at any moment, and enter the fray with a bloodlust bordering on religious exultation. House Vasburg has lost more fighters in the war with the Luxons than any other house, a fact of which they are quite proud. Their patron god is Balthazar.

House Vasburg is one of five Kurzick houses in Cantha, known as one of the Great Houses that can trace its family roots back to ancient times. House Vasburg's primary holdings is at the Vasburg Armory, and their patron saint is Saint Anjeka. The house is currently led by Baron Mirek Vasburg and Baroness Attia Vasburg.