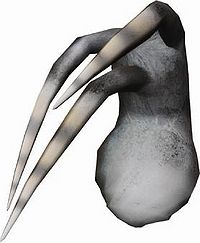 Disgusting creatures of fluid and membrane, jellies live in all environments and subsist on just about anything. Even in lava, deep underwater, or within truly toxic areas, jellies can mutate enough to adapt and survive. This survival tactic does more for them than just allow them to adapt—they actually feed, on a very deep level, from the creatures they ingest. Jellies have been known to develop magical abilities and spell-like powers simply by defeating adventurers and feasting on them.

This makes older jellies far more dangerous than younger ones; the ingested abilities of a hundred adventurers may linger within the jelly, giving them access to an incredibly large variety of powers stolen from many years worth of such prey.