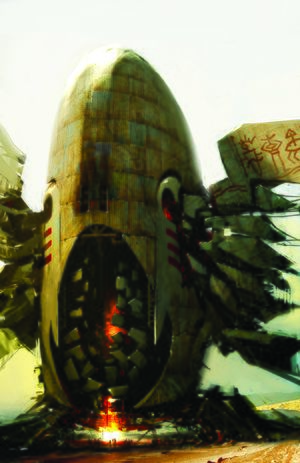 The leviathans are the giant, fish or crab shaped vessels that the Luxons use to travel. Before the Jade Wind, they were ships but have since been redesigned, first by the Serpent Clan, as vessels to travel on top of the now-frozen and aptly-named Jade Sea.

Many leviathans are used by the Luxons in the war with the Kurzicks to quickly transport the powerful but slow-moving Siege Turtles, giving them an upper hand on the Jade Sea.

The largest leviathan created is called the Halcyon and is commanded by the Serpent Clan.