Thought of the Day[edit]

Master Togo looks a lot like my Sociology teacher.

I'm a 17 year old female gamer (Yes we do exist) currently residing in a small town near Manchester in that lovely island full of rain known as the United Kingdom. I am a student studying (and by that I mean playing GuildWars) for my A-Levels (Psychology, Geography and Graphics in case you were wondering). I also enjoy playing The Sims (murder without getting locked up, sounds good to me, j/k, though my sims do tend to die a lot) and listening to metal music (weren't expecting that now were you?) Even though I'm English I much prefer German and Finnish and I am attempting to self teach myself both languages, so far proving reasonably successful at German (I know the basics) and failing miserably at Finnish with the word count being at a measly 3 totally unuseful words (painajainen and pirun being the ones that aren't swearing). I can also swear in Greek thanks to some Greeks and Cypriots teaching me.

I started playing GuildWars 33 months ago with a Ritualist called Voodo Witch who got deleted when I went off the game for 9 months. After 9 months I came back with a character called Sinister Emo Killer, a Canthan Ranger who is pretty much my 2nd character now. This character has died loads of times from when I was a newbie to the game. Wow what a poorly written paragraph, I'll fix that at some point within the next 3 years.

LC or The Luxon Cappers was my first Guild, it had a friendly aura around it and it was quite an established Guild, due to this being my Guild roots I have pretty much become a Luxon extremist and only help the Kurzicks when I need Kurzick Faction. I stayed here for a good few months until a misunderstanding happened, I went on holiday for two weeks and returned to find myself Guildless, no-one was to blame, there was just a lack of communication.

Can't exactly remember when I joined TvT but I've been there since, I was recruited by the Leader Tomo The Mighty with my Prophecies character Almighty Eisbrecher, It seemed a bit intimidating at first as I knew no-one but I soon got to know some of the more interesting characters in the Guild like Ollson Gabire and Nile. As I got to know people better within the Guild I began to join in with discussions and help other members, even if they were higher ranked than me. I suppose TvT has become like a second home to me and that the Guild and Alliance is just one big family led by Granddad Tomo. (Lol sorry mate but it had to be done.)

On the 11th May I departed TvT with a few friends I had made in TvT to LIFE. What can I say about LIFE other than it's an amazing guild, such a wide variety of personalities in one group of friends, LIFE is dedicated to one thing only: fun, which to be honest is what every guild should be about, this is a game, not real life, games are meant to be fun.

I keep forgetting my amounts for these therefore they will be updated when I remember them. (In other words, never or when I can be bothered to pay enough attention to the numbers to remember them) 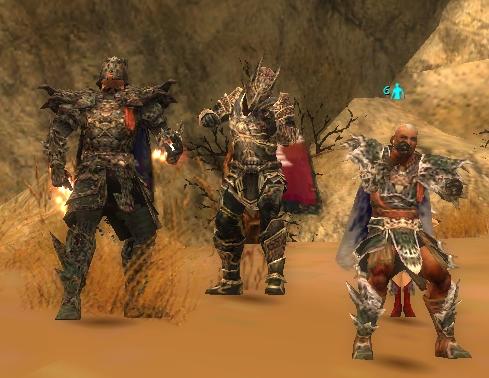 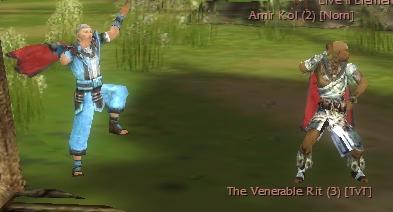 None yet but be on high alert and watch your mouths if you don't want to end up in this bit.

My wacky world of GuildWars[edit]

Top 10 worst NPCs in the History of GuildWars