Guild Wars Factions is the second stand-alone campaign of Guild Wars, released on April 28, 2006 in North America. It is set in the Eastern-styled (Asian) continent of Cantha.

The minimum system requirements for playing Guild Wars Factions are:

The recommended system requirements for playing Guild Wars Factions are: 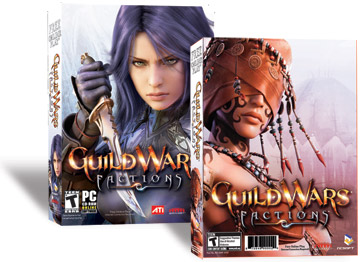 The Guild Wars Factions Standard Edition box with 2 fold out flaps comes in 2 different looks (different character pictures on the cover) and includes the following: 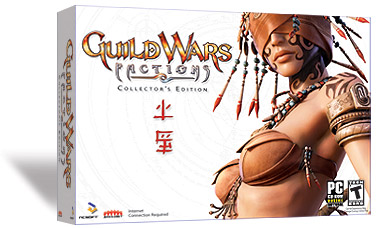 Please note that adding a Factions Collector's Edition access key to an account that already has another edition of Factions will NOT add more character slots or storage tabs to that account. The only thing the access key will add to your account are the signature dances for Ritualists and Assassins, and the Miniature Kuunavang.

The Guild Wars Factions PvP Edition allows players to create the Assassin and Ritualist characters, in addition to the professions introduced in Guild Wars Prophecies.

Additionally, the following skills are unlocked, for a total of 570 skills: 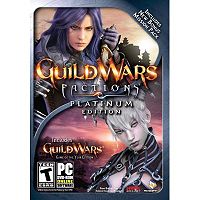 The Assassin walks the shadows, a deadly viper ready to strike at the heart when an enemy least expects it. Wearing only lightweight armor, they have mastered the ability to move as shadows, avoiding damage by not being there when an enemy's strike lands. Assassins are masters of their chosen weapon, the dagger, and are experts at inflicting Critical Strikes that cause massive damage. Assassins are trained to efficiently link attacks together in a chain to give added combat bonuses. Their other magical skills include hexes that lower a target's defenses and protect the assassin from harm.

Where a ranger lives as one with the spirit world, a ritualist can and will be its master. Ritualists shield their eyes to better commune with spirits that grant great power and protection. Ritualists channel other-worldly energies from the Mists and commune with spirits through mystic Binding Rituals, bending them to aid their allies or punish their foes. The energy channeled from the Mists powers ritualist skills, enhancing the deadliness of an ally's weapon and wreaking havoc on an enemy's health. The ritualist can also use the remains of the dead to defend the living, not by reanimating corpses as a necromancer would, but through the ritual use of urns and ashes. 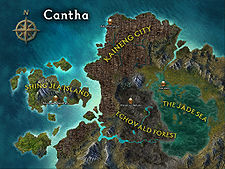 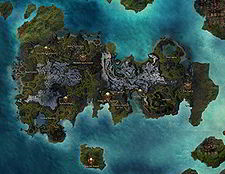 The continent that Guild Wars Factions is based on offers many new opportunities for the player.

A large island and rural area to the west

A sprawling metropolis and capital city

A petrified forest and home of the Kurzicks

A sea turned into solid jade and home of the Luxons

Alliance Battles are where the Luxon and Kurzick factions fight for control of towns on the game map. Three player-formed teams from each faction are grouped together and battle three from the opposite faction.

In these missions, two random teams of eight compete to reach specific objectives. If a player dies they respawn in the base and are able to rejoin the fight to meet the objectives. When the match finishes the players are returned to the mission's respective waiting area to queue for the next battle. 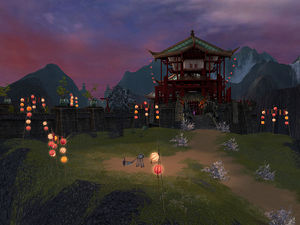 An ancient Canthan tradition marking the anniversary of settlement on Shing Jea Island, this festival showcases all sorts of mini games.

Celebrating the Canthan New Year, this festival showcases some of the best cuisine from the Canthan continent.

Access to Guild Wars Factions requires a valid access key to be added to your account. Once added, select Factions when creating a new character to create a new Factions character. Existing characters from other campaigns can access Cantha via a special quest. See the Cantha article for more details.