Zemmy, You have lots of rows in the drop research for ornate buckler. Were any of those drops Strength Req?.... It says its possible yet all collector shields for that skin are tactics.

Hi Zemmy, just a little FYI, the {{delete}} template is a little different now. Use {{delete|Reason|~~~~~}} to tag deletions. The timestamp is to help with autocategorisation. Thanks. -- ab.er.rant

When uploading screenshots please remember to put {{screenshot}} in the summary box. Thanks --

When adding dye charts to articles can you just use {{dye chart}} unless the weapon has a disambig on it? It'll automatically make a GWW:NAMING happy filename. Thx. :) - BeX

I was directed to your page for dye charts :P Would you have any suggestions for them such as remove outer border etc? Jennalee 07:01, 1 December 2007 (UTC)

Well, you can pick up to 5 prizes, so here are your choices — 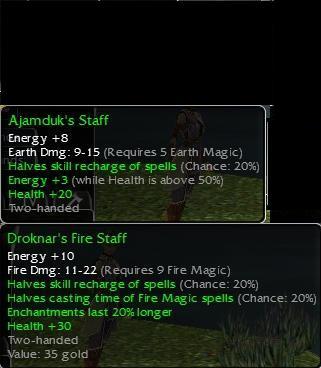 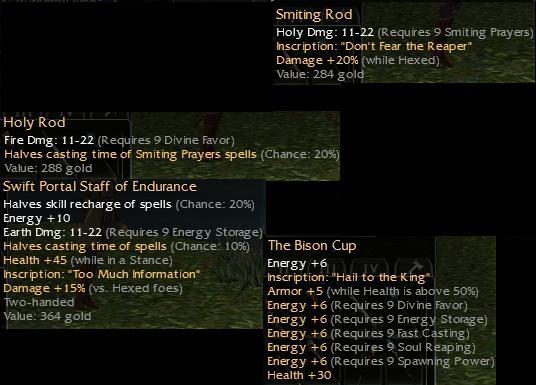 your userpage is so f***ing amazing...

Yeah seriusly.. i can't stop looking at it

Yeah those are amazing

I have to say also, it is a really lovely looking page. Great work! :D - BeX

Hi there im new to wiki but not to Guild Wars and I just had one question. Since you put the pic of the Zodiac bow i thought you might know how much a req 11 clean bow would be? If not o well thanks!--Daemeon The Noble 09:49, 1 September 2008 (UTC)....you can just post on my talk.

After noting that drop research has been almost non-existent since 2007 and quite often presented in different manners I have just begun a shiny new drop/salvage project and was hoping that I could maybe attain your assistance as one of the major contributors of this information (or at least your support or comments on my proposals). The project can be found Here