The Ministry of Purity is one of the many ministries of the Canthan empire. They have tasked themselves with cleansing the Afflicted since 1077 AE. It was founded by Minister Reiko Murakami after the return of Shiro Tagachi and the initial plague he caused. 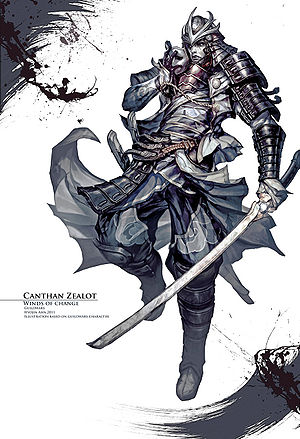 "In the name of the Ministry of Purity, I sentence you to death!"
"You shall be purified by death!"
"You'll never see one of the Imperial Guard fight this well!"
"My blade shall cleanse the world of your filth!"
"The people of Cantha embrace us, for they know ours is the side of righteousness."
"Do not resist your fate, vermin!"
"The Canthan people have spoken; we are the future. Surrender now!"
"I shall purge you from this realm!"
"I am empowered by the people of Cantha to strike you down!"
"Lay your weapons down and pray the Ministry of Purity spares your lives!"