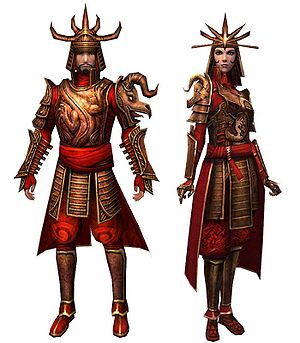 Due to the enlarging threat of criminal gangs such as the Am Fah, Crimson Skull, and the Jade Brotherhood, and the threat of the Afflicted, the Imperial Guard has become increasingly spread out and undermanned in the empire. Most of the time they are found managing supplies and shelter for refugees.