Hello! My name is Michael. I'm the proud owner of eight Guild Wars characters. I have characters from every campaign, but have a soft spot for Factions. I also like Pre-Searing (each time is like re-living my childhood). I'm an officer in The Dusk Patrol, my guild; we're a small band of PvE players. 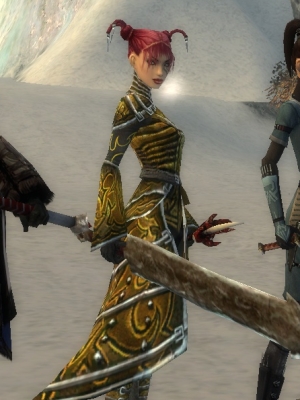 My main character from my earliest days is Liu Kiri, a Tyrian Necromancer. Since the beginning, I've run her as a meleemancer. She uses Blood Magic for armor-ignoring damage and self-healing. She's a blast to play, especially wading into a large mob of foes. She just recently finished Hell's Precipice, making her my first character to finish any GW storyline! 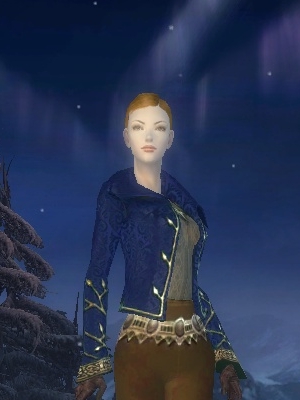 Alexandra Savage is my Tyrian Memser. Being a memser is a challenge, but can be very rewarding. She's farthest along in the Factions storyline, and is now a friend of the Kurzicks. 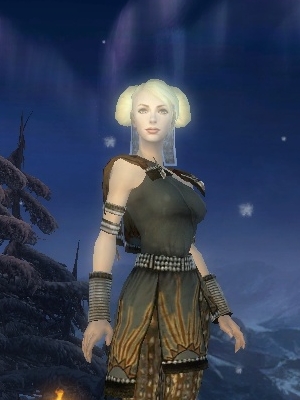 Sometimes I like to play a supporting role. Violet Regret, my Tyrian Monk, lets me keep my friends alive in our adventures. 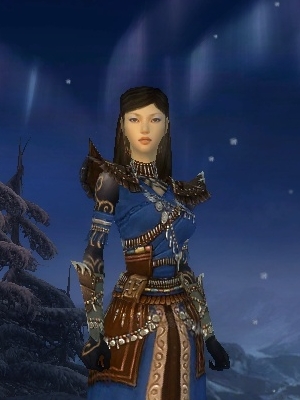 Thoughtful Blossom is my Canthan Ritualist. She was my first Factions character. I'm still learning the ins and outs of the Ritualist. It's a very interesting profession, perhaps even more nuanced than the Mesmer. 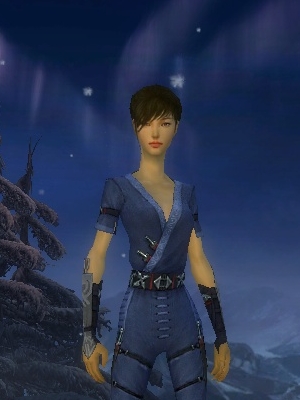 Yuki Aetherwind is my Canthan Assassin. Managing skill chains is a challenge, but a great addition to GW. Assassins can be great so long as you don't try to tank them. 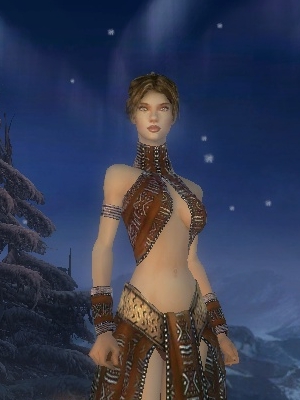 Ashura of the Winds is my Elonian Elementalist. My only Nightfall character, I'm currently pushing her through the Nightfall storyline. She's my only character who has pushed on to Kourna and Vabbi. 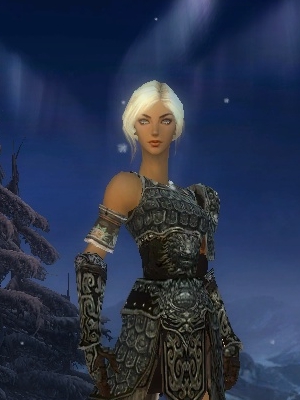 Emily Zarathustra is a Tyrian Warrior. She's my first and only tank, and I'm enjoying the enhanced armor benefits. She's kicking butt through the Prophecies storyline right now. 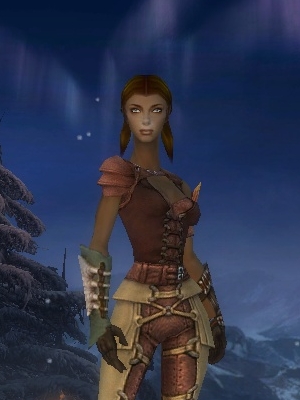 I've just created my first primary Ranger, Hunter Indigo. I'm going for the Legendary Defender of Ascalon title with her, so she's killing monsters and not accepting any quests. I'm 8th level so far...