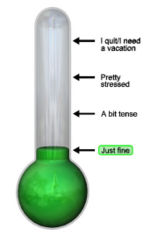 Titles that should be account-wide[edit]

Obviously Drunkard, Party Animal, and Sweet Tooth. I think the reason obvious to most since there's no difference whether you do these titles with a monk or dervish, or pve char or pvp-only char. It's just buying/farming, and clicking (possibly zoning trick for drunkard). It would mainly benefit people with multiple characters they actively use, particularly with the sweet tooth title, since they can all utilize the cons bonus, rather than just 1 character attempting the title. Implementation would be like how a.net transformed the treasure hunter & wisdom tracks into account-wide titles (adding the points into the new account title when you login onto each character).

Then there are the Asura, Deldrimor, Ebon Vanguard, and Norn. Their related pve-only skills are not class-restricted like sunspear or allegiance skills. However, you do need a little more than mind-less farming (ie SS/LB) to max these titles, but it is still a grind nonetheless. Plus, there are quest-progression issues. Ultimately, EN is grind-based, and turning these titles into account-wide would detract from that; and we all know that a.net doesn't want that.

Sunspear definitely has progression issues when your new character is a legendary sunspear already. But no one likes re-grinding the early sunspear ranks with a new NF char. Most player's 4th 5th etc characters are rushed anyways (player-assisted or not). Being a Holy Lightbringer also has progression issues, but in sense of +40% dmg to margonites/torment. This would make vabbi missions much easier, but you can get all the lightbringer skills (lv2 & 3) before doing any of the vabbi missions anyways. It's not like people doing the vabbi missions now are doing it for the first time (and being carried by veteran players (whom would be doing hard mode anyways)). But ultimately, both titles are mindlessly farmed to max in the end.--The preceding unsigned comment was added by User:8765 (talk).

Re: Are you still here?[edit]

Indeed. Happy New Year. How's things Glyph? I don't play GW any more really; I'm sometimes on Starcraft II but that's about it. Probably should give away ecto stacks to someone who does. Or maybe cash in for a tiny fraction of a zkey title. Do you have steam/skype/battlenet? (and some private way to communicate said things). Warm Regards, --BlueNovember (talk) 00:43, 3 January 2016 (UTC)