is not where you post to whine. Admins are not your mommy and daddy. If you have a disagreement with someone, your first option should never be to post on the noticeboard. Either way, take a minute and read the instructions on the noticeboard - you failed to do many things that should have been done before posting;

"Stop trolling idiot" isn't even a weak attempt at reaching a resolution. Tell him your position, how his remarks make you feel, and kindly ask him to refrain from making them. Lastly...

This isn't PvX. You are expected to be mature in your dealings with other people. Running to the noticeboard instead of dealing with it yourself is poor behavior. Man up and ask him to stop without making it into a huge deal. If he continues trolling when your behavior is flawless, admins will be more than willing to step in and sort him out. If he trolls you and you're responding in kind, nobody's gonna take the report seriously. -Auron 10:12, 28 May 2009 (UTC)

Sorry for wasting your time. I didn't know how to handle trolls. Boro

Also, this message isnt for trolling boro, so do not take it as a insult. If you do not want to be trolled by manly trolls like me; Fail less You never see me troll armond and auron do you? That's because they're strong and manly.Oni

Actually oni: I'm on it. Boro

I reconsidered it before, and reduced the time I spend on this wiki. Boro

->Morphon: My answer is no. I would also remind you that monitoring doesn't necessarily mean commenting . Boro

TBH this proves my point.If anet fixed the game More then half of the people that left because of rly rly bad balance would return Lilondra

They don't want us to play the game. Boro

That's the only possible explanation. If I say "because they have less IQ than eyes" or "they are stupid" it's NPA. It also explains why did they do all those changes. Boro

by the way bro 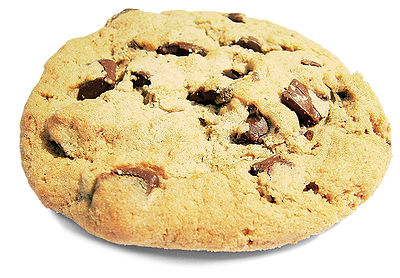 If anyone didn't notice that marine is adrin and he is killing people in arenanet HQ. Boro

for leaving are good, but i disagree with you in two points: 1. HM isnt that bad. It isnt easy to introduce completely new challenging gameplay here. Heck, its not quite easy to get a good, challenging gameplay at all! Do better, and I will respect you humbly. 2. Hero Battles, which you referred and linked to with a phrase like "Stupid PvP format", is not that stupid from the beginning. In fact, imo it is the most intelligent PvP format at all. I hate all those fights going on in greatly designed, complicated arenas, ending up to be just a bunch of players that you could easily all have in your aggro bubble (see your description of how ArenaNet fails making Spirits what they should be). The mobility, the flexibilty, and the ability to fight alone as well as together, that are required in HB, all of which resemble REAL battles, make Hero Battles unique within Guild Wars. 95.119.27.237 12:37, 12 June 2009 (UTC)

Yes I see: I change the wording to Stupidly designed PvP format, as my problem is that it's all about capturing points and keeping heroes alive... as it should have Annihilation format and KoTH along with it. I will reconsider the HM thing though. Boro

If I see you make a "Balance the game" comment once more on Linsey's page in someone else's topic, OR, even create a new topic on it, I will ban you. There will be no further discussion, as this is becoming disruptive to the wiki. Read Linsey's posting rules. Skill feedback goes on the skill feedback pages, bug reports go on the bug report pages UNLESS it involves the most recent update. Linsey has been very clear that while she appreciates the fact that the players are very passionate about the game, she does not need them to tell her how to do her job. Continuing to do so is rude, and is pushing the envelope of NPA. If you wish to continue to cry about the state of balance in GW, take it either to a fansite forum, or contain it to your userspace. Your continued harassment of ArenaNet staff here on the wiki regarding this subject is over. --

Okay. I have had a one-day vacation with full of RL activities, so I am ready to continue with more constructive and far less distruptive comments. Boro

Post your views and supporting evidence instead of saying in every topic that the game's balance sux. Obviously wait another day or two before you post that on Linsey's page since Wyn is mad at you.~>Sins WDB

My last two days (thursday and friday) were the last two days at school, and I didn't pay enough attention to my consequences of my posts. Thanks wyn for keeping me from becoming a mindless flame-troll. Boro

Actually the time it needs for the live team to fix clearly broken or badly designed things is at least 3 months (incl single skills). (don't agree Linsey? then proove otherwise) Just what part of STOP HARASSING LINSEY isn't clear? You continue to make these snarky comments about her job performance, and it's really really old. Since you didn't seem to believe me when I told you to stop, maybe a 3 day break from the wiki is in order. Too bad everyone will have said everything there is to say about today's skill update without you. Happy reading. --

Oh snap, confirming the skill update when no one at Anet has yet! Although I guess it was to be expected with it leaked on Guru some odd days ago. :P DarkNecrid 13:01, 18 June 2009 (UTC)

Meh, not confirming anything other than there is going to be an update today, which I think most of us knew, if just for trp, since that's what Regina told us last week :P I'm just assuming it's going to also include some skill updates. --

In a similar vein to the section above this, please shut the fuck up with the whining about Shadow Form in every other post you make, especially when it is totally irrelevant to the subject of the discussion. Everyone already knows it's broken, and those that don't are hardly going to be convinced by anything you have to say. So either way you are adding absolutely nothing of value to threads. Spam is fine as long as it is constructive, but otherwise it just pisses everyone off. Vili 点

It should come in the same update because: If it gets nerfed and shadow form doesn't, then nothing will stop shadow form assassins from farming those monsters. (actually it depends on the kind of nerf)Boro

By replying with a comment about Shadow Form, you do exactly what Vili asked you not to do. Why? 145.94.74.23 20:59, 14 June 2009 (UTC)
There is no sense in farming Raptors except right outside Rata Sum, and they don't have Twisting Jaws anyway, other than Rekoff Broodmother who can already be killed if one so desires. Ferothrax never come in groups of more than two or so, and are not worthwhile to farm...not least of all because they have Rending Aura, which limits your killing options to slow stuff like indirect degen. Angorodons still have Vampiric Bite, Unholy Feast, and Putrid Explosion to fuck you over. Ceratadons will blow you to pieces with Shockwave, and their other "terra tank" skills make sure you could only hurt them through degen in Hard Mode anyway - hardly worth the trouble. The only mobs which would become farmable by nerfing Twisting Jaws would be Tyrannus. But still, unless you wanted to farm Mobrin, Lord of the Marsh, that change would mean absolutely nothing as Tyrannus come in so few numbers and don't drop anything interesting that Raptors wouldn't anyway.
tl;dr think first, then post. Vili 点

I have read that page quite a lot. I was just hoping to discuss it with gaile. --Boro

salome was right as we didnt really get a full answer on the hypocrisy. i stopped pushing it since it's apparent they aren't going to give us a full answer --adrin

I also asked them to delete this discussion, as I have one other thing to discuss. Namely Gaile doing the thing she stated not to do.(acc marks) Boro

You were deemed unmanly xD Lilondra

Effectiveness was also calculated in the score ^^ Lilondra

Forget me in manliness. That factor is something I don't consider of when making builds. Effectiveness and fun are all I need :) ..--- maybe next time --Boro

Make sure there will be no class discriminations  :) --Boro

Well the assignment will be to make a GvG/HA build that would be rly strong if my balance happened to be the update.I'll ask for a Balanced gvg build and a gimmick HA build so no there will be no profession discrimination Lilondra

There is ALWAYS Tyranid activity. I have a piece of a splinter fleet hiding under my bed. — Jon

ok just to know what did you want to talk about anyway ? Lilondra

I forgot that --Boro

xD you in a guild btw ? Lilondra

For AB I'd choose this one:

Yes I am in a guild. However my second account is free. --Boro

You can't lock people for 12 seconds that way :x Still pretty cool though but I don't think anything can beat Owning A meta team on vent that way or knocklocking a PS I even once had a ele trying to cast met shower while being Galelocked :p (needless to say it was quartered) Lilondra

Whats your IGN ? I want to ha :/ Lilondra

Darda Razo. But I'm on holiday ATM so I need to see If I can download GW to play with my account. (the client). --Boro

You signed up for the Sealed play tournament I'm hosting. Since you've last checked, I've set a tourney date (Saturday, August 1st) and asked everyone to list the times they could play on that day. Please let me know if you are able to make it. That date is not set in stone yet, I will try to be as accommodating as possible if too many people can't play. Thanks for participating. ~Shard

....the past forever of gaming history? Casters always have and always should do more damage than melee but are far less sturdy. It's the trade-off you get, less armor for more damage. — Jon