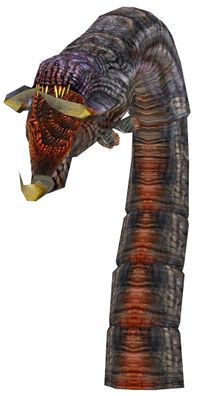 Worms are burrowing creatures which are smaller, less aggressive versions of wurms and even look exactly like their larvae state. Unlike Wurms, they can not move while under the surface and do not cause knock down when they pop up.

Worms are usually quite harmless unless attacked, with the exception being Rock Borer Worms.