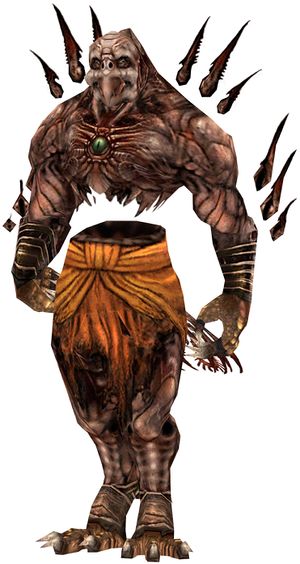 The Shiro'ken are the animated constructs that serve Shiro Tagachi. They appear to be made out of flesh, bones, steel and stone. The bodies of Shiro'ken are referred to as "soul binders." The soul binders use Soul Stones which contain souls against their will, and in turn utilizing the abilities of the bound spirit. Stronger spirits, such as those of Tahnnakai Temple are capable of resisting the complete control of the Shiro'ken, but cannot control the soul binders themselves. Shiro is capable of possessing and taking direct control of Shiro'ken at will.