The boss was absent while doing Chasing Zenmai but I had other quests active as well (Assisting the Guards and It Ends Here). So he does disappear whenever there's a particular quest activated. –

Funny when you think of it[edit]

Chan is a very common Chinese surname, so I highly doubt there's a relation. ~

So I was about to trigger Baosen's quest before finishing Mayhem in the market with a Factions character of mine in The Undercity and saw this one and his mob getting raped by Kappas, easy time capping BiP for the low level Factions char now and free morale boost. Beleeth

The guy has magic blood that can bring back dead people and accept enough power from the gods to cause the Jade Wind... and here he is wasting it on some dirty nameless npcs... :( 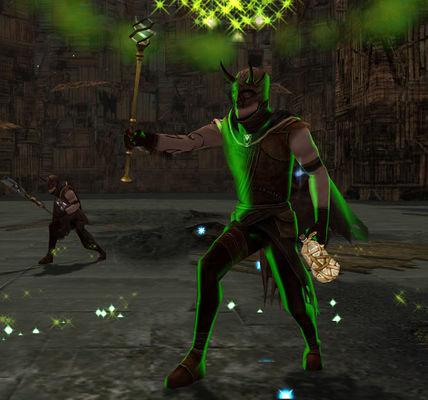 I don't think it meets our screenshot requirements (its got healing + casting animations, and there have been a rather large number of canthan peasants cloned out), but here it is anyway. -Chieftain Alex 10:19, 5 May 2014 (UTC)