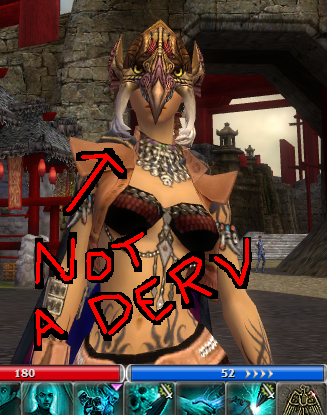 I'm relatively new at Wiki-editing, so if you see me doing something greviously incorrect, just revert it or something and like, tell me how NOT to mess up in the future in my talk page, I guess.

I've played GuildWars since June of 2005, but not always active. I also used to play Ragnarok Online, World of Warcraft, and Aion (a game whose sole decent sellpoint is that its collector's edition gave me the /aion emote to use).

I'm hanging around GuildWars and finishing off my Hall of Monuments until GW2 comes out in 2012. Because I have seriously played this game on and off for 6+ years. ;;o_o)-b

In Feburary of 2014, I finally got my 30 points in my HoM. I can pretty much say that I'm done with GW1, save for little forays into the game here and there, should the need arise. Thanks, game, for all the wonderful memories.

For my personal reference[edit]

Here are a bunch of templates: http://wiki.guildwars.com/wiki/Category:Character_templates

This guy helped someone who got some awesome progress bars on his user page, I lust for them. http://wiki.guildwars.com/wiki/User_talk:Y0_ich_halt