User:SuperRobertWa came with his warrior Domi Niek and we spend some time setting up based on User:Justice - suggestions. When we were almost heading out a (ranger) guild member of ASIA asked for activity and was invited to join our Vanquish with the added challenge of using only core/Prophecies skills only. This attempt didn't go well at start.

The ranger changed character to necromancer profession and User:SuperRobertWa had to go. This second formation was very successful. Since we were playing with only one healer, cornerblocking was key to victory.

With my ele I used Life Bond on Alesia and sometimes up to other 3 allies when their health was dropping below 25%. Contrary to User:Justice's suggestions, we had better luck spiking the Centaur Protectors first. 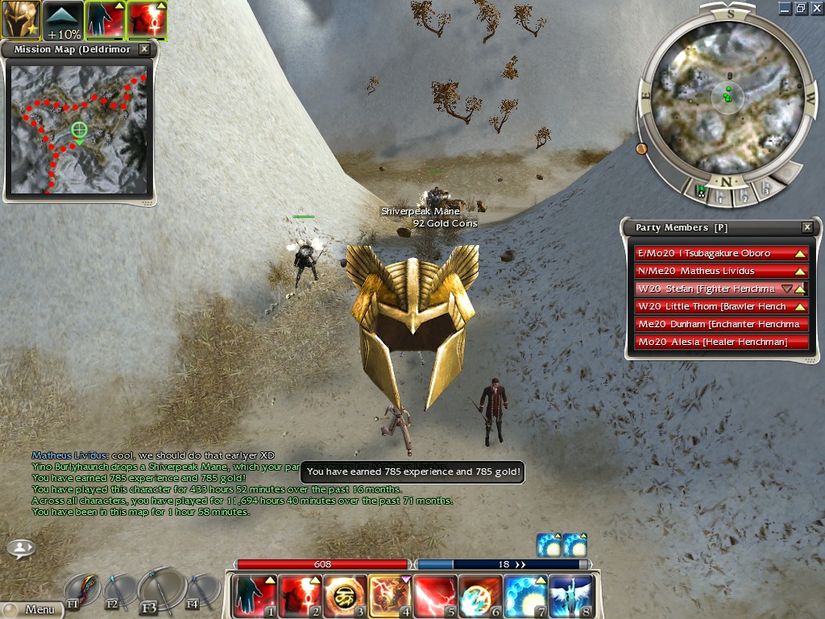