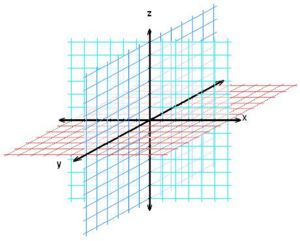 The Z-axis is the axis in three dimensions relating to the vertical, pointing up and down from the horizontal. Areas of effect, skill and attack ranges generally ignore the Z-axis, the only exception is projectile attacks (not including wands and staves), which have increased range and damage while the attacker has the height advantage, and decreased range and damage while target has the height advantage. The Z-axis is also taken into account for line of sight calculations, which affect projectile attacks and spells. Camera collision is affected as well.

Other than these examples, the Z-axis is generally ignored by the game. This allows for traps to be placed on top of a bridge and affect the foes passing underneath the bridge, and is a commonly used PvP tactic - especially in the Underworld map of Heroes' Ascent. Another thing that can happen is that you can be subject to melee attacks or bodyblocked by foes who are under a bridge while you are on it. Area of effect skills also ignore the effects of bridges.