Range is used by most skills. Targeted skills require your target to be within a certain range of your character to be initiated. Skills without a specified targeting range are assumed to be projectile range for ranged attacks, melee range for melee attacks, or take effect at the user's position for spells. 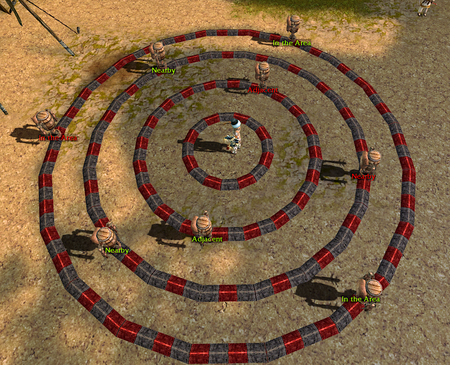 The Churrhir Fields training area illustrates the size of the adjacent, nearby, and in the area ranges. 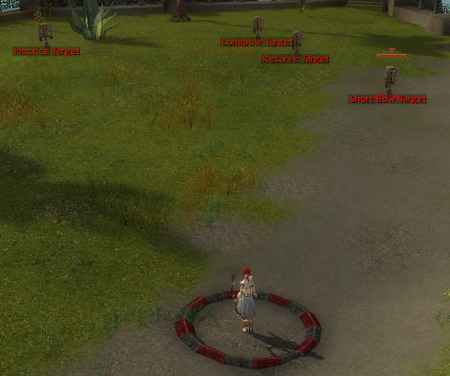 In-game units of distance are internally measured in inches, known to some players as "gwinches" (short for "Guild Wars inches"). The only skill that makes direct reference to this system of measurement is Scorpion Wire.

These also usually refer to areas of effect instead targeting ranges, their size is 5020 gwinches, slightly larger than the area shown on the compass.

Skills without a range [edit]

Untargeted skills can be activated without selecting (or auto-selecting) a target; in effect, they have no targeting range. Examples of this include most chants/shouts, all ward spells, and all flash enchantments.