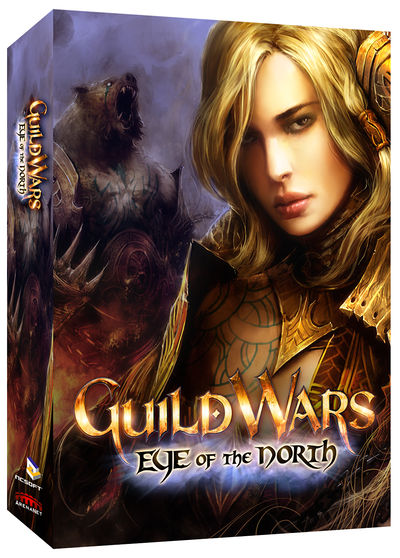 Each player who purchased a Prerelease Bonus Pack received the following pre-order items (type /bonus or /preorder in a town to receive them):

These weapons were based on entries from the Design-a-Weapon Contest held earlier that year.

The GW:EN Prerelease Bonus Pack became available through the Guild Wars In-Game Store on July 20, 2007 and was sold through August 31, 2007. Retailers may have made their copies available on that date or soon thereafter.

Information received on this date from the North American Vice President of Sales and Marketing provides some insight on store availablity. This is by no means a complete list: