Crafted by the greatest Asuran artificers, the Hourglass Staff is a potent weapon, to be feared. It is only available from the Guild Wars Eye of the North Prerelease Bonus Pack. 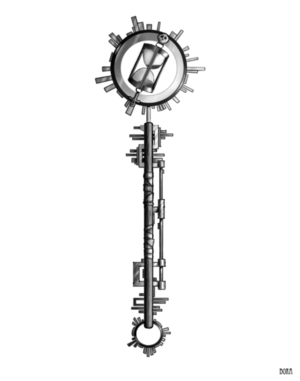 Concept drawing for the Hourglass Staff

Dye can be applied on this weapon, but it has no cosmetic effect.

Except for the visual appearance and damage type, it is possible to create a replica of this staff with the same stats. Replicas will cause the damage type associated with the inherent attribute.

Create a replica with the following: