Postprocessing effects in a 3d game are graphical effects applied to each frame of video after it has been completed in the per-pixel rendering stages. They allow for special effects that require knowledge of more than one pixel at a time.

Postprocessing is an option in Guild Wars; their application may aid (or hinder) immersion, image quality, and framerate, but they have no effect on gameplay.

In Guild Wars, these postprocessing effects are known to be used for various effects: 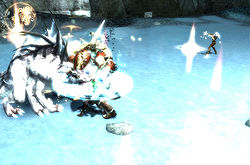 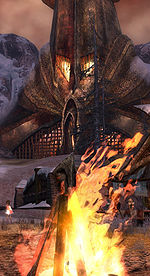