This page is an archive. The contents have been moved from another page for reference purposes only, and should be preserved in their current form. Discussion on this page is not current. Any additions you make will probably not be read. The current version of this page can be found at User talk:Halogod35.

is +- finished.I think I got the basics but the numbers proly are a bit off and I'm afraid some skills would be imbalanced.I would appreciate it if you would free some time to watch it and give your opinion : http://www.wiki.guildwars.com/wiki/User:Lilondra/Gamebalance/Warrior Lilondra

Can someone please find me that one page about the resurrection shrine making players take 0 damage? ._. -- Halogod35

Resurrection should have it. and it's not the shrine, it's generally spawning. after being ressed, you're invincible for ~5 seconds. - Y0_ich_halt

Well I remember the skill page, it had a ring like bamf thingy. -- Halogod35

Proof that there is an effect at the shrine. -- Halogod35

Lol okay, what do you want exactly? -- Halogod35

Lol I got to remind myself. -- Halogod35

This user will be back on guildwars soon, and by soon I mean tomorrow. =D Cya on there Darkest McChaosmonger

i stoled him off sombody on the internets, srsly.

Hahaha, =D well, as you know it, I've been grounded to play only on the weekends. Besides, you're right anyway.. I suck at HA, I remember the last time I tried... Our randomway owned Iway, but got owned by sway. QQ. I hope you have alot of fun pwning the faggotory out of the HA noobs.

where did you find this "transclusion" thing about the signatures? --→Darklɘs McChaosmongɘr 00:08, 26 February 2009 (UTC)

I quoted it right from there, lol. -- Halogod35

According to your user boxes, you own an Nvidia 9900 GTX. How have you managed this when one doesn't exactly technicaly exist? — Jon

Then why do you say you have one, when you neither have one, nor does the card actualy exist? :P — Jon

Some people don't know that. -- Halogod35

Who is Marcus? — Jon

Lupen 00:02, 5 March 2009 (UTC)
On another note, I feel good for finally running a set up that can hold it's own for a while. my 6600 GT was quickly over-turned and couldn't handle much out side of Guild Wars with me having to turn the graphics settings way down :P — Jon

Radeon has terrible drivers. And marcus is the guy on Gears of War. -- Halogod35

OH RIGHT! Now I remember XD It's been quite some time since I've played Gears of War. ATI's launch version for it's Radeon drives is actualy getting better over time, and they always have a habit of improving the drivers themselves down the road. One of my 4870's holds its own with a GTX 260 for less cash, and is slowly pulling ahead due to improving drivers. My two 4870s rank slightly above a 4870x2 and a GTX 280 (by far) for noticably less than the 4870x2 and around the range of the GTX 280. — Jon

That graphics card, and indent waves too. -- Halogod35

To bad I can't get an super epic wave indent like... who was it again? But either way, it was so huge and epic. -- Halogod35

I'm pretty sure that was Ab.er.rant, and involved more than just two people XD — Jon

Ab.er.rant get's everything man, even the ecto and the ladies. -- Halogod35

Lol! Random question time, who was responsible for the floating bear message? — Jon

I see, it does get in the way a little bit unfortunately. — Jon

I figured as much. — Jon

Yup, I usually archive at 14kb pages but, since we're doing this epic wave, I'd figure I'll archive after this. xD One of my friends can get freaken 100k in about 10 hours or less, how the hell does one do that? -- Halogod35

High traffic page or organised spamming/mass messaging? Who is this friend of yours? — Jon

Rofl, I meant... cash. It was a whole different topic. xD I forgot his name.. like.. it's one of those Japanese names or something (as in not Japanese letters) -- Halogod35

Oh, I see. I've made 100k or so in around 11 hours, it just requires some dedication, some skill, and a bit of luck. You also have to know the right runs. Running Cathedral of Flames @2k a person brings me in 15k or so a run in around 35-45 minutes. — Jon

Well, you've been close. I've only been up to 200k or so at highest, that I've savef for Elite Luxon or Kurzick with fancy runes, dye and such. I'm often sub-100k though, as I spend my money quite often. — Jon

Lol, I went crazy with it on my warrior, when the z keys first came out I was farming them every day in the summer. Now I ended up with Elite Glad, Elite Failmail, Primeval, with like weapons that used to be worth something and now is only 1k each. n.n
Question though, does elite sunspear (male ranger) and an azure bow all dyed black look good? -- Halogod35

It's always unfortunate when you obtain something while it's worth a very large amount, and then the price drops to almost nothing over a short amount of time. Elite sunspear dyed black looks good, if you like the style, as I personally don't. I'm not sure about the bow, as I've never really held on to an azure bow. — Jon

I mean I would get norn, it looks good, but I already have that with my thumper build. I don't wanna like have two of the same armor. -- Halogod35

I'm assuming you mean Ranger Norn armor, as that's about all that looks good in the ways or Norn armor imo. — Jon

(This has nothing to do with the above point) I was in an Urgoz's run, and one of my guildies started dropping and picking up his weps to show them off, so other people started to do the same...One guy (the bonder) decided to drop his wep, and then he walked away from it. Thinking it was some crappy gold that was taking up his inventory i went to pick it up. He was about the length of the spear in /zrank emote away when i picked it up. It turned out to be a Req 13 Fucking Emerald Blade. I sold it the same day (saturday) for 75e;360k.

Lol? You're actually going to buy that? xD -- Halogod35

Sometimes if u use it on urself it freezes your pet untill an enemy gets in ur agro bubble. Been abusing this in RA ^^ →Darklɘs McChaosmongɘr 18:41, 13 March 2009 (UTC)

That starts this weekend? -- Halogod35

Following what you said here, I decided to break into your userpage. I hope you don't mind. :) — Why

I can't find a color that doesn't hurt my eyes and doesn't conflict with the color of the professions and other tabs. xD -- Halogod35

It's not that bad, is it? At least you won't suffer from w:winter depression :D — Why

I don't get what you're talking about xD? -- Halogod35

Rofl, oh well. Thanks for the box anyway. -- Halogod35

I don't get it

-Pulls out a spartan lazar- -- Halogod35

And this for that matter. -- Halogod35

Heya Halogod! I just thought I'd let you know that in the past, the use of welcome templates has been frowned upon, with a preference to a personal approach rather than a "form letter". Also the content of your template, encouraging people to "QQ about skill changes" is not necessarily a message that should be encouraged. It would be more helpful and informative if you would provide links to pages that are helpful to new wiki editors like The help center, or Help:Ask a wiki question. --

Lol, I think I should count that vandalism in my userbox. xD -- Halogod35

Just wanted to tell you...

Yeah, I kinda noticed that. -- Halogod35 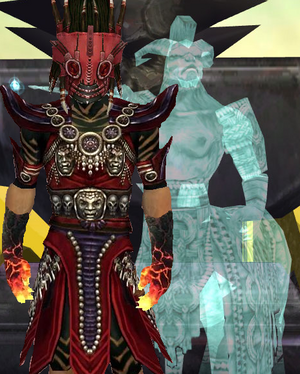 What i shoould look better than
-i got bored...and did a quick paint-shopping~ This has nothing from my rit, its all from pics on the wiki just put together w/ a nice background ^^ --→Darklɘs McChaosmongɘr 22:54, 20 April 2009 (UTC)

;o the d gloves look horrible cause they are too far down the arms LOL i had to use them from a pic of an ele...and the obby legs didnt fit to the obby chesst AND there were no obby feet pics XP but it looks pretty good besides tht ^^--→Darklɘs McChaosmongɘr 23:04, 20 April 2009 (UTC) 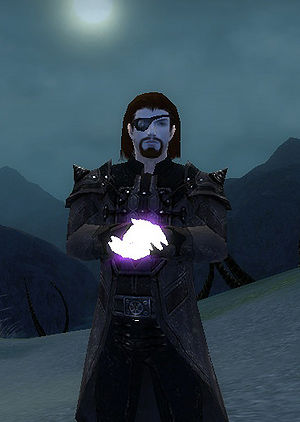 Really, I don't understand any of the codes I need to use, your Page really looks awesome, and Now I'm kinda hoping yu would push me in the right direction to make my own page \o/

Lol, Crystal Spiders (They're in the Dragon's Lair) -- Halogod35

Hello, just to let you know

Your rant on nerfing warriors is absolutely spot on, couldn't have said it better myself. The only thing primary warrior has going for it right now in my opinion is charge running and gladiators defence/riposte, it would even be better if they just made rubbish pvp skill versions and buffed up the pve versions again, and since when were sins allowed a virtually infinite block stance when they are supposed to be hit and run types. bring back tac i say. Shogun 02:40, 27 April 2009 (UTC)

Lol, that was kinda a PvP rant, but still. You're right, the PvE warriors do suck. The only thing I actually ever see is the hundred blades build. But regardless, yeah, there are some runners and gladiator farmers. Yes, critical defenses is imbalanced, but meh, you still have to keep hitting to keep it up, and it's easily counterable. And not at least, you probably really need Way of the assassin just to keep it up better. (Since critical eye sucks) -- Halogod35

Oh sorry, wrote "The only thing primary warrior has going for it" i meant primary tactics warrior. Its true though, Hundred blades is prettymuch the only thing i see too, or defy pain sometimes. I suppose its kind of bound to happen people steal tactic stances but still, i wish they would buff tactics stances.. maybe something like give them back the decent duration but make it "Spells take twice as long to cast" or "your spells are easily interrupted". Shogun 22:22, 27 April 2009 (UTC)

I know, I just try to fix up the little strings of the wiki. -- Halogod35