This page is an archive. The contents have been moved from another page for reference purposes only, and should be preserved in their current form. Discussion on this page is not current. Any additions you make will probably not be read. The current version of this page can be found at [[User talk:Tesla]].

Hey Tesla, I stumbled across your page while looking in the Users who Listen to Blade Radio Category and I noticed that there's no link for DJ Mister Pink, who's a buddy of mine. He does in fact have a Wiki page, but under Master Saji and he even has a character page for DJ Mister Pink. Why he's half nekkid in the picture, I have no clue...but I'm sure he'll change it once he gets some nice armor, lol. Anyway, just wanted to let you know. Oh yeah, don't forget to add this Pink Day Userbox that Saji just made and show your support for Pink Day! Keep up the good work on Blade Radio, Bye! -- Dragonlord Tony 12:56, 24 July 2008 (UTC)

Nice to see you have almost every mini there is to give away for the October event. Planning anything better for Wintersday?--Burning Freebies 14:50, 20 September 2008 (UTC)

Ok, I saw what you did, and I made it easier to update: User:Wynthyst/Sandbox/Tesla2. --

Ive been looking at your minipet list. I soooooooooo want to win that Mad King Thorn and Kuunavang, but i probably wont. Good luck finishing off the list. If you dont finish it, I know which ones you havent got so far, and that doesnt suprise me that you dont have them. Unless you have a Japanese keyboard, you wont get them (probably). Good luck though!--Burning Freebies 19:13, 1 October 2008 (UTC)

Hope you're not terribly angry about my commentary on you-know-what. Good day to you, madam.- Vanguard

XD Thanks for dropping by. All I said was don't give me such a hard time about the singing...and please don't spam me in game. XD I do my best to fill everyone's request...Thanks for tuning in ^_^ - Tesla

I'm not a moron. I know how much you get swamped. It's a little more empty here, however.- Vanguard

Longhair yeti would be awesome to give out! We will always welcome more minis for the give away. So if you have some that you would like to donate for the event, I will be happy to take them off your hands and find them a good home during this event. ^_^ Thanks for asking! - Tesla

XD Daniel, Daniel, Daniel...You know that I am just helping pass the word along...after all... 580 minis wont give themselves out! Not to mention we need people to win, you dork! :P *hides after hitting dan with a snowball* Cool off Mr. Freezie! XD - Tesla

I want to give you a bunch of mini's.

I have an un-dedi'd prince rurik, and like 20 dedi'd other ones I'll never use. I want to meet you online at a time. Also, how do we win minipets? Vael Victus

Thank you very much! - Tesla

Thank you everyone for the Birthday wishes! - Tesla

Happy be-lated birthday! Here, life is a precious thing and is not always easy unless you tune into blade radio, best internet radio ever! Image:User Wings of Blood Ad bladeradio.jpg ;) -- WoB 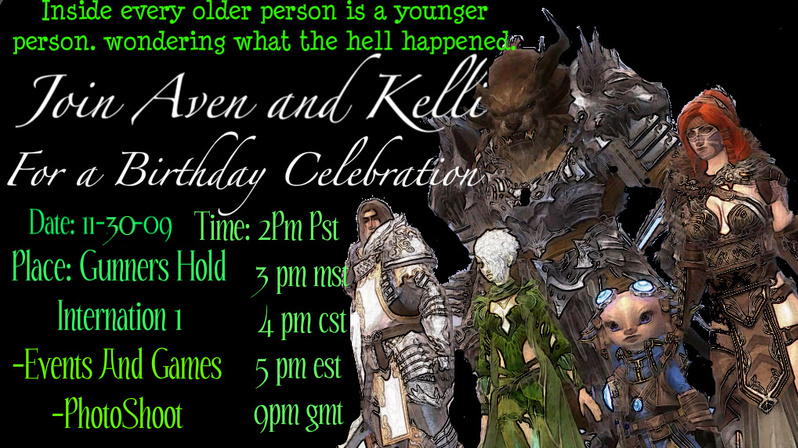 Hey Tesla! I was just wondering if you or any other Blade Radio affiliate needs any help with preparation for the Wintersday event. I lack the gold to help fund the event because I recently created my new account, but if there are any items I can get for y'all, feel free to let me know.-- Shew 18:56, 1 December 2008 (UTC)

Yes we will be...The Blade Radio User profile will be updated in the next week or so with the info. ^_^ - Tesla

I hope you had a good time. Just wanted to say thanks again.

Np, thanks for the invite! - Tesla

Lol! Well Thank you so much for your comments! I'm glad you like it. I spent quiet a bit of time on it last night. ^_^ - Tesla

Ok tesla look what u have started... I've spent all day on wiki... -_- LOL. I've added and worked on coding for so many different pages.. Also figured out how to link my guild's wiki to my page. and I'm going to be working on my Guild wiki to make it look more spiffy.. OMG lol.. So yeah.. HI and thanks and all that junk :D!- Kelli

tesla dose this effect u?

Im not sure if you are aware of this, but somewhere in America (cant remember where) there is a car called the Tesla. Just thought you may want to know.

Thanks for the info Freebies. There are actually many things with the name Tesla, it has alot of history in the name. You have Tesla the scientist, Tesla graphics, Tesla car, Tesla the Band, Tesla coil and I have even met another Dj Tesla! *Gasp* Funny thing is that Dj Tesla is male and he also plays guild wars. Lol...He is Dj Tesla though, he just likes to go by Tesla. He uses the tables and all. Anyhow, thanks again for the info Freebies! Oh...I'm glad you like the new layout. I'm very big on showing my support and such and since I'm in ZoS I used colors that were on the cape. I think it turned out very well, considering it took over 3 hours to try to get it to work. I wouldn't have been able to do it without Wyn's help. Also, before I forget, dont forget to come party out during Blade Radio's Jingle Jangle event! ^_^ 12 days of give aways. ^_^ Take care and thanks again for the message! - Tesla

Lawl! Sorry Jonas! I'll add you up there! - Tesla

I was thinking about joining [Kill] guild and was wondering if you could give me some details of anyone who could recruit me. Thanks! --Burning Freebies 08:19, 26 August 2008 (UTC)

Thanks for asking about joining the guild I am in, how ever we currently are not accepting new members. You could check around at some of the other guilds. Come hang out one day while I am on air and just say in all chat that your looking for a guild. Maybe we can help you find one. ^_^ - Tesla

Only the leet get kidnapped to ZoS GH - FTW! ~

Oh yea! XD Kidnapped by a gecko & a fox.

Q. Telsa are they feeding you enough?
A. XD Yes they are, ty for asking.

Q. Are you ever going to be freed?

A. Probably not. I am having to much fun abing with them. XD

If all secrets were told they would no longer be secrets! - Tesla

No problem freebies. ^_^ Hope to see you there and have fun! - Tesla

09:13, 18 October 2008 (UTC)
Could you use less of an in-your-face advertisement next time please? I believe there have been some issues in the past about blatant event advertising, and to be honest, a customised message would be nicer than an overly large poster. Anyway, that's just a request from me; enjoy the event, and I hope it goes well. --

Very sorry. XD I wanted it to look cool and I have tried to resize it...I will do my best to work on that in the future...Your invited too though. XD So I hope you can come! - Tesla

I did like it. I got over 100 more minutes towards my r2 drunkard...I am going to get that title all in due time. ^_^ I'm glad you liked my show. Thanks for the message. - Tesla

Thanks for hosting a fabulous event!

Me say thanks too ^^ and a question: ingame Dj Kelli says that she has a wiki acount but I can't find it... Do you know where it is??? |Cyan Light

Nevermind, you seem to know what you are doing, but I think it breaks the image naming policy on this wiki, not too familiar with the naming conventions here though. Misery 22:12, 14 January 2009 (UTC)

I did up load it on both, for that person. I put his name in it so that the admins on here would know that its for his siggy and nothing more. - Tesla

I was bored so I started screwing around with some ideas for your userpage. This is what I came up with. Btw... I think you should take the FAQ off your talk page, and make it a subpage (I added it to the header). --

I Discovered the magics of Userpages today, and decided to throw cake at you first. SoloLovesCake 21:53, 1 September 2008 (UTC)

XD...Its been a while since anything was posted here....so heh. Random post made by me. XD - Tesla

Hey hun, yep i have been insanly busy, you know hitting the bars and waking up in strange places all over the country is just a little bit hectic, i need my fridge ^_^ Frozenwind 21:07, 10 August 2008 (UTC)

XD OMG! Srsly! The Mursaat dealios are srs bznss for the srs bznss people only. So does that mean that only the girls here are srs? XD. - Tesla

I am pretty sure epic song transfers from peaceful to RAWRRR is more srs than ever srs bzns. RoflMonkRofl

XD Peaceful to rawrr...well anytime we want that lets listen to the end of Pink's show. XD cause that is totally srs bznss. It is so srs that even srs isnt saying how epic srs it was. XD - Tesla

As if your fox icon is not the most srsly cute icon of all time, srs bzns there. RoflMonkRofl

I know! Srsly cute! Omg, you know its srs bznss when ghosty is srsly getting people to hug pink srsly. - Tesla

Why would I srsly stop? Srsly, its much more fun to pester you. - Tesla

Well srsly, I am going to catch some srs sleep. So I will catch you all, srsly later. - Tesla

Seriously finished setting up the fan art page and the signature. ^_^ - Blade Radio