Situated just outside of the catacombs, Ashford Abbey is the resting place for many of Ascalon's most distinguished deceased citizens. On nice days, you will find the heads of many noble houses coming to this spot, paying their respects to their ancestors. It's also not uncommon to find a priest or priestess of Dwayna here, kneeling in supplication before the statue of their goddess.

Ashford Abbey is a peaceful haven that caters to the spiritual needs of the village of Ashford. The abbey is dedicated to Dwayna, the goddess of light and air.

Located just outside the village of Ashford. Follow the road southwest from Ascalon City. 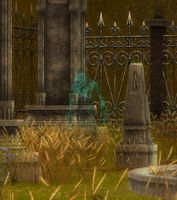 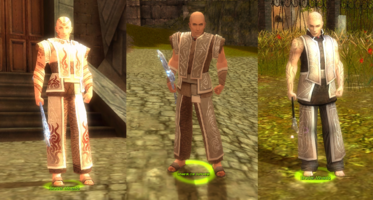