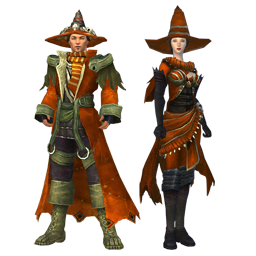 Capture the dark glamour of Halloween with Ravenheart Witchwear! This item fits into the costume slot on your character panel and can be worn over existing armor.

Bug. While a character is wearing this costume, its appearance in the character selection screen may or may not reflect this.