By ending prematurely, does it not do the damage? That's my guess given the skill's stats, but the wording of the skill isn't particularly clear. -- Hercanic 17:44, 14 December 2007 (UTC)

note: if any more skills come out that include the word "Wastrel's" chances are it will suck severely and be underpowered like the rest...

this skill is in no way underpowered, the dmg is so spammable.The 3 "wastrels' skills in my opinion have a nice effect its just hard to ensure that u get the damage or knockdown

isn't it actually MORE useful on non-prophecies bosses, as afaik these are the only bosses that don't do double damage, have lesser hex/condition duration and that stuff? —Zerpha

Prophecies bosses have half hex/condition, but no double damage. Factions+NF get half skill activation and double damage, but hex/condition length remains the same. Lord of all tyria 23:22, 8 December 2007 (UTC)

Well still has synergy with it because this sill's recharge time is insanely short. Dark Morphon(contribs) 14:15, 15 February 2008 (UTC)

Its not synergy if one removes all use of the other...I wouldnt use Barrage with Read the Wind for that very same reason and they sure dont synergize--Justice 16:51, 16 February 2008 (UTC)

Try for synergy with something that would penalyze the foe for using a skill, like backfire, spiteful spirit, or diversion. Barkingllama 05:37, 7 March 2008 (UTC)

This spell is cool because it forces the enemy monk to stop @#$$% running and stop to cast a spell so your buddy's hammer can kiss his head or you can predict interrupt (probably after you or another mesmer used frustration, migraine, etc). - Elder Angelus 20:00, 6 June 2008 (UTC)

Hah wow i cant believe i never came back to clear this up. Must have been tired. When I wrote that I was thinking of using this with Phantom Pain, wait the three seconds and shatter phantom pain as soon as WW goes off. --Lou-Saydus

Thought about a possible viable build with this involving Arcane Conundrum + Wastrel's Worry and Overload. Now that makes this even more viable. All you have to do is slam'em if they cast (which in the case of some spells, they wouldn't even be able to finish the spell before Wastrel's Worry ends). --Eyekwah 13:10, 19 June 2008 (UTC)

Unless someone, I don't know... has a bit of anti hex then beats the snot out of you? MrPaladin talk

This makes mesmers absolutely rape in RA, FA, and JQ with the right builds, because there will never be half decent hex removal because there just are no decent backliners that play low end pvp. So the target is forced to trigger your other hexes or trigger this, and you can spam it on as many enemies as energy allows. I just don't think 100 armor ignoring damage for 5e, 1s, 1r is fair even if it can be countered. Necromas 01:38, 18 July 2009 (UTC)

This is endlessly useful in JQ as you can use it on the haulers and kill fairly quickly. I like to couple it with Power Block and use it to hit nukers or bombers trying to kill off shrine npcs. Really nothing more satisfying than power blocking that N/A Necros R Us while he's casting Putrid Bile and watch him shadow step himself to a quick and pointless death. :D --89.97.254.200 10:32, 15 December 2009 (UTC) 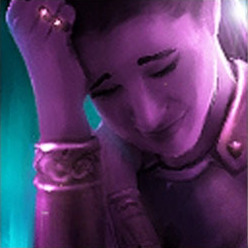 Epic skill image. She's worrying alright. And doing that hair-ripping thingy as in not being able to make a decision or picking between bad options. ---Chaos- 14:11, 11 February 2009 (UTC)

@litttleeck:'Cause I did have a character with the almost same name that was male(Don't Worry though, It's a retired character|Killer demon

Does the hex end before the skill used goes into effect? In other words, if casting it over a backfire/VoR/etc would a hex removal skill merely remove WW? Or does it end WW when it finishes the cast, then remove the other hex with its effect? I'd assume the latter from skill description, can this be verified? --Tenshi Samshel 12:25, 22 February 2009 (UTC)

Making skills cast slower while under Wastrel's Worry is a bit like decreasing its duration in that you make the timeframe in which an opponent is capable of using a skill (spells in particular) as small as possible. I've been playing with the idea of having some sort of cast slowdown skill combined with Wastrel's Worry and Overload. If your opponent doesn't use a skill, he takes damage from Wastrel's Worry, and if he does, you will likely hit him for overload and in the best case scenario, Wastrel's Worry still triggers because he didn't cast in time.

Looking at the possible cast slowdown skills, while Migraine is nice, it's a little heavy in terms of energy cost and cast time. Plus you have to dedicate to an elite. Arcane Conundrum is no different in this sense but its recharge is even worse. Confusing Images is decent both for energy and recharge (from the choices available), though it lasts only once. In the end, I like more and more the idea of equipping Frustration. While it doesn't slowdown skills as much as I'd like, you can maximize damage if you ended the combo in a interrupt.

So your bar would look something like Frustration + Wastrel's Worry + Overload + Power Return + Power Drain. The Power Return serves as a fast recharge interrupt so you can spam it which drives home the combo ultimately allowing damage to be inflicted from both Frustration and from Wastrel's Worry. Alternate with Power Drain so you can get at least 3 straight combos without energy troubles whatsoever. For those of you who are not as good with timing interrupts, you should bring Confusing Images instead of Frustration and use Overload only when the cast time is long enough.

Alternatively, combine it with nothing, and don't even necessarily have high domination magic. Just spamming it on someone can force them to burn through their skills, costing them a lot of energy/adrenaline, putting a lot of their skills on recharge, and odds are if they have some sort of combo they wont have been able to use it in the proper order. Of course make sure you don't try this on an enemy with a cheap spammable skill or someone that is spamming anyways. Necromas 03:43, 18 July 2009 (UTC)

I wish they'd make an elite version of this.[edit]

They did, it just works slightly differently. Vili 点

Late to teh party, but lol'd at previous comment

It's no more psychological pressure than any possible source of damage... | 72

Indeed it should be, with reworded. Psychological Pressure sounds retarded. Maybe it can read: "This skill may trick your opponent into using a skill when it would be beneficial to not do so." Wait, that also sounds retarded. I dunno, come up with your own wording. NuVII

Or, don't put any at all since either way the note is simply going to say what the skill description clearly describes. Really, this section existing in the first place scares me. Pika Fan 18:11, 15 December 2009 (UTC)

tbh, it's in line with the other note sections we have. The skill pages assume that people are retarded. NuVII

Notes aren't there to repeat what skill descriptions clearly mention. Notes are there to clarify ambiguous meanings and text, as well as skill mechanics that aren't explicitly described in the current skill description or documented game mechanics. If you want to put this stupid note in, you should go put notes like "orison of healing heals for x amount of health" and "mending provides more health regeneration the more points you put into healing prayers, and is good to counter pressure and health degeneration". Pika Fan 18:20, 15 December 2009 (UTC)

While I can't think of any examples atm, I do believe that we have a couple of such noted added in by the retarded majority. NuVII

(Reset indent) You said that about Quickening Zephyr, but I don't think that one is dumb, considering everything else that reduces recharge consists of stances that won't affect themselves, a weapon spell that nobody uses, and a glyph that only permas use, and also considering that there was an argument about it on the talk page that wasn't completely one-sided. --Kyoshi (Talk)

In combination with Power Leech[edit]

Hitting a foe with power leech, you put them already in a bad spot. They either cast one maybe two spells at most and wipe out their energy or they do nothing. With Wastrel's Worry (especially after last nerf), you transform them into a walking bomb. With 10 seconds, that should allow you to inflict damage from Wastrel's Worry three times inflicting potentially 300 damage to him and adjacent foes. Couple it with an interrupt so you can interrupt the particularly nasty spells like Ray of Judgement and then slam him. --80.16.169.162 15:49, 16 July 2010 (UTC)

Even more fun; Power Block + Wastrel's Demise + This against most people in PvP. Well, It wouldn't work on professions that usually use more than 2 attributes (Warriors, Assassins); but it's good nonetheless. Leave the Weak 04:28, 25 December 2011 (UTC)