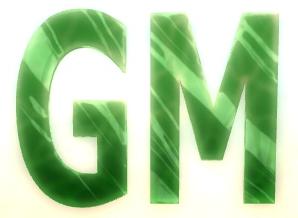 Gaile Gray, ArenaNet Forum Communications Team Lead (formerly Community Relations Manager and Support Liaison) started in the game industry as a fansite writer and administrator and a game reviewer, worked as a freelance writer for several game developers and publishers, and wrote for various non-gaming websites and publications as well. As CRM, Gaile served as liaison between players and the Dev Team and managed fan events, contests, and communications. She also coordinated website content, interfaced with the Support Teams, and oversaw global community fansite programs. She formerly appeared in-game, sometimes with The Frog, to answer players' questions and organize conga-lines. She would sometimes go AFK during these visits to speak with Dev Team members to try to obtain answers to players' questions or to relay their comments.

On 31 March 2008, Gaile posted a note on her talk page to say that she was moving to a new role, that of ArenaNet Support Liaison. In this role, she works with the Support Teams to ensure the consistent implementation of ANet's and NCSoft's support practices and policies and serves as an escalation point for certain individual player issues.

A special event was created to wish her good luck in her position: the Farewell to Gaile took place from 4-7 April 2008; the event's theme was a big party with a double Party Animal points buff available.

On 17 September 2014, it was announced that Gaile returned to the community team.[1] On 22 September 2014, her title on the Guild Wars 2 Forum was changed to ArenaNet Forum Communications Team Lead.

Per 25 February 2019, her employment at ArenaNet came to an end after eighteen years.