Guardian Moss is a kind of moss that is used to create medicines to cure various kinds of diseases. Luxon Monks wear them around their necks as a symbol of their power and purpose in battle. 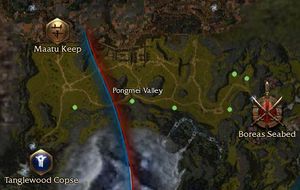 There are a total of six Island Guardians, three of which are outside of Boreas Seabed.