The Maishang Hills is the hilly area that lies to the northeast of the Jade Sea. The hills are populated by Naga and Rot Wallows, while the shores see many Kappa groups.

The Stolen Eggs primary quest will lead characters from Cavalon through this area on the way to Gyala Hatchery.

This area is the northeastern-most area of the Jade Sea region, hence it is initially accessible only via the Archipelagos in the southwest. 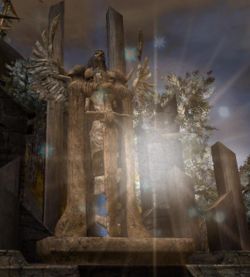 Bug.The resurrection shrine near Eredon Terrace has both the statues of Dwayna and Balthazar overlapping. Only the Champion of Balthazar can appear.