[AoF] used to own HzH but is now rebuilding as a Luxon PvE guild. Our main activites include, title hunting, filling our HoM, doing areas such as The Deep, UW, DoA and things such as vanquishes, SoOsc, Kathsc and Oolasc. We are currently recruiting.

[DoA] merged into [AoF] and everyone is holding their breath for Guild Wars 2. All former [DoA] officers as well as Dawn Inception, former leader of [DoA] are now officers and co-leaders of [AoF] Joined Shadows Of Ravenloft [SOR] alliance.

If you break these two, simple rules, an officer will ask you to stop, if you don't stop or start abusing the officer, or any of our members, you could be kicked from the guild.

And remember these rules are here to try and provide a friendly atmosphere in guild chat, please respect them! :)

[AoF] does not recruit officers, all our officers are trusted members of the guild, who have been promoted due to their loyalty and helpfulness to the guild and alliance 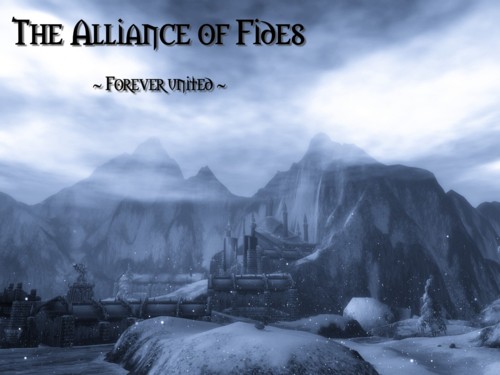