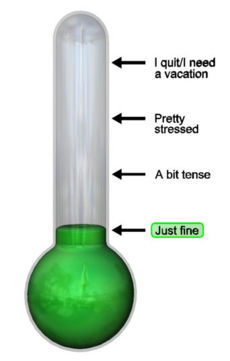 American Vlad is my newly created Necromancer/Mesmer. He is a Prophecies character and is still stuck in Pre-Searing Ascalon. Vlad is a cool name, and thats why thats his name. I had another American Vlad, and he was also my very first character.
He was a Mesmer/Ranger, and he had a pretty cool build that could increase his normally 250hp stamina all the way to 1k hp by the use of Fertile Season and Symbiosis and lots of Mesmer enchantments. It had some setbacks, like it also affecting the enemies, but normally not so much since they tend not to have as many enchantments. Other than that is was a pretty good thought up nooblet build I think... I am currently becoming nostalgic of my very first GW moments when I actually did all the missions in the Proph storyline. That's why I made the 2nd Vlad.

Baklvon is my favorite character, named for a friend of mine who plays WoW. He is a Ranger/Monk currently on the Ring of Fire mission in the Ring of Fire Isles. He has full 15k Drakescale armor from Karl in Marhan's Grotto. I like doing Tombs and I farm Totem Axes on occasion. One of my favorite builds for PvE is Vicarious Barraging.

File:Rot.jpg
The Realm of Torment

My real name is Ford, hence my Paragon's namesake. I created him when I got my friend's friend key for Nightfall, and have not actually bought the game since... However, I intend to, and since he is level 16, I haven't deleted him yet. He is currently a Paragon/Ranger, and causes some pretty decent degen with Anthem of Flame and Toxicity in combination with Poison Arrows or whatever it is (I can't remember since I love Barrage too much).

He is my first Factions character, and is uber pwnage when he BiPs Urgoz's Warren or dual farms Sskai with noob Warriors. He is pretty fun to run around on, he has a Wayward Wand from endgame, the Plaguebinder, and Tyrian armor (it looks SO cool!).

She is my first Warrior in Factions. I say she because I HATE male Warriors. They look fat... She runs around with a Wing's Axe or a GPB, and pwns the little NPCs in Boreas Seabed when I solo Sskai.

My best friend Cole and I share the Factions Account, and he has a Mesmer/Warrior Illusionary Weaponry Mesmer and an A/R Critical Barrager.

We are a sweet guild and we love to have fun in FoW, UW and Tombs. We recently started over on our roster because of some inactivity. We used to have over 50 people and are now down to only 20 unfortunately. We are in a small 4-guild, 250k Luxon Alliance, and are pretty awesome. We have a cool cape and a guild hall, Frozen Isle. Add Baklvon of Rome to your Friends list and message me when I get on if you want and invitation.

Just adding this in case you want to chat: MY ADDRESS

This user loves cheese.
If you want his cheese, you will have to challenge him in native Antartican cinder block wrestling.
If you lose, you must submit one and a half of your own testicles, as well as a cup of Maxwell House coffee.