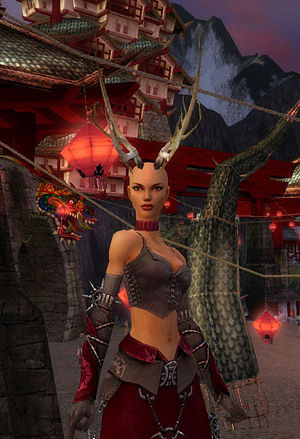 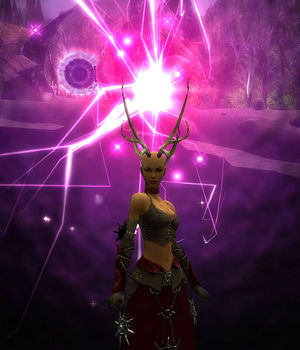 Its the Horns - Honestly!

As a long time simulation video gamer, I have embraced Guild Wars warmly with my PC. My appologies to Laura Croft who has had to enter a period of retirement and I've stopped accruing pilot miles in MS flight sim as a result.....

My primary character is a Bald Female Dervish in a white Vabbi Wedding Dress, who always wears the Great Horns of Grenth,(+3 Sythe Mastery) making her a well, you can figure it out....

My secondary character is a Ranger who is a perma-pre character.

Other characters have been created, but not developed.